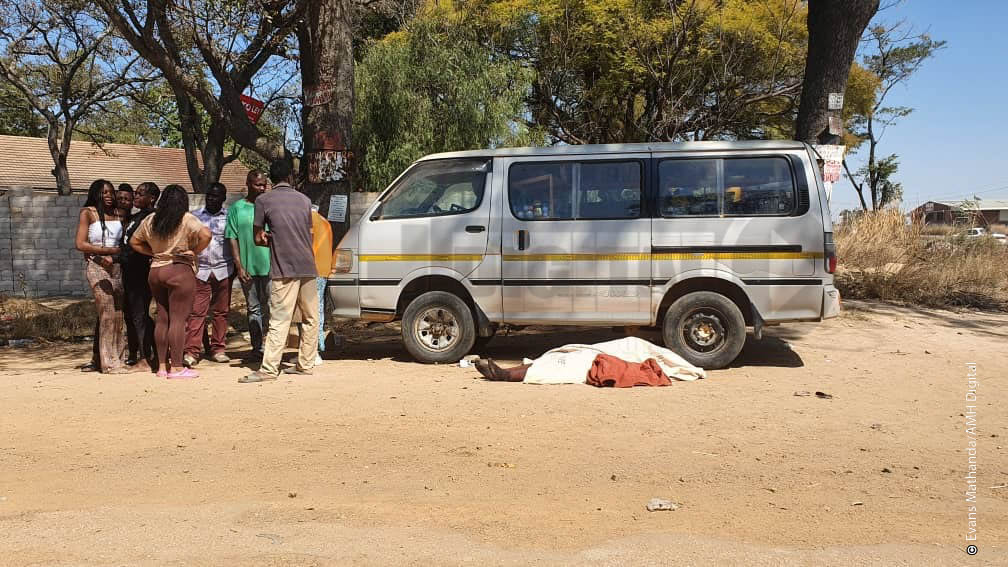 The shooting incident occurred a day after Murengwa threw thousands of United States dollars through a window in central Harare.

Dzapata, who worked in Beitbridge for the NGO, CeSHHAR had recently ended the four-year relationship.

Police said the shooting incident happened along Simon Mazorodze Road near Bathroom Boutique around 9 AM today.

In a 14-minute voice note recorded hours after the fatal shooting, Murengwa said he used to shower Samantha with expensive gifts while she indulged a married man in Beitbridge. He said:

We had issues with Samantha since January. I spoke to her mum and we started dating again after a few months.

The problems started again before we went to Victoria Falls for a holiday when she hung up on a video call from her lover. I confronted her but we went ahead with the trip after I forgave her.

We had another nasty fight after I realised she was still chatting with that guy and I hacked her phone. I confronted this man until Samantha decided to dump me for the guy.

Samantha dragged me to court and I was served with a peace order but I kept in touch with her and even bought her a car in Beitbridge just to show how much I loved her, while she was still seeing that man.

They both even told me to back off and I realised then that I had no chance. Today, I took Samantha’s belongings to her workplace.

I then went to Waterfalls where she was staying with her sister along Simon Mazorodze Road.

She started acting all funny, throwing stones around. I tried to reason with her until I became emotional and shot her while she was holding onto her sister.

In the same voice note, Murengwa apologised to his relatives and also outlined his plans. He said:

I’m sorry to all the Murengwa family for what I did. Now I’m in Bindura to meet someone. I’ll be crossing the border and starting a new life.

Samantha said she was emotionally and physically abused by Murengwa for a long time, according to a screenshot of a message she sent to one of Murengwa’s friends.

The message contains a photo Samantha took showing a fresh wound just above her right eye and a swollen lip. She told the person:

This is what your friend did to me when I told him that I am not able to settle with him because of his behaviour.

He abused me emotionally, he was controlling and manipulative.

When I prayed I asked God for signs before I make any plans. My spirit told me that he won’t change, and the marriage would be hell.

I decided to quit. So he attacked me in the face and head with the jack.