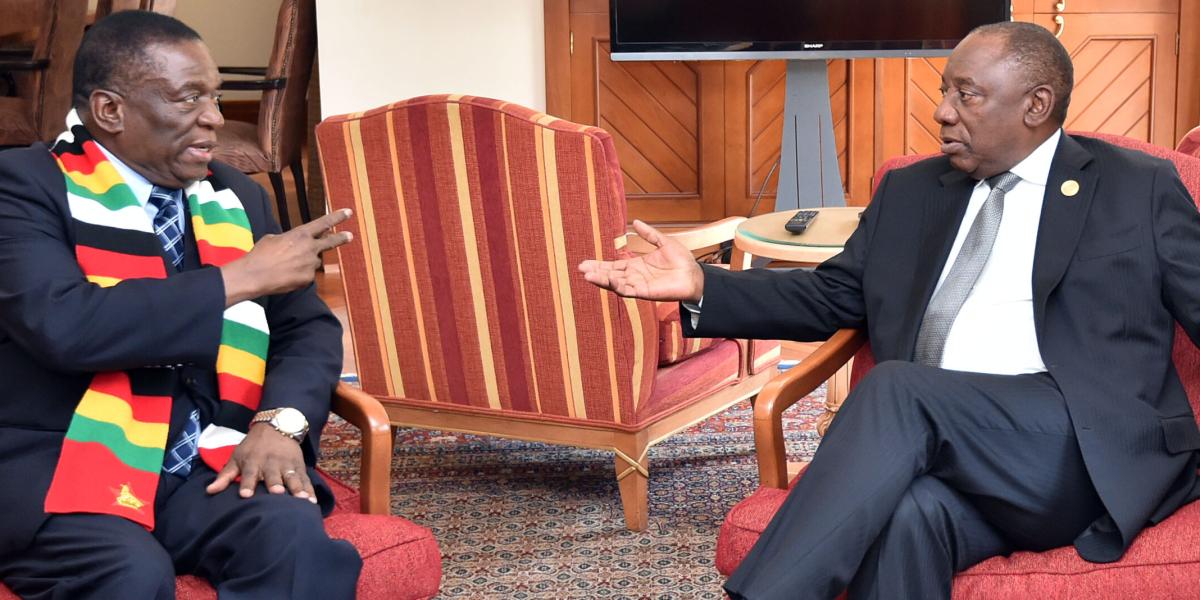 H.E President Cyril Ramaphosa meets with H.E Emmerson Mnangagwa President of the Republic of Zimbabwe on the margins of the 2nd day of the 32nd Ordinary Session of the Assembly of African in Ethiopia. 11/02/2019 Kopano Tlape GCIS

This was the same deal I referred to last week as the one where power from Kafue Gorge Lower (power plant) would be exported to Zimbabwe and Namibia through deals signed in the last few months.

He noted that neighbouring Zimbabwe was currently facing a shortage of electricity due to depressed degeneration at its power plants.

The power export deal has a three-to-five-year tenure and negotiations were premised on Zimbabwe making pre-payments for the 100 megawatts of US$6.3 million per month.

Meanwhile, Zambia has welcomed plans by South Africa to import power to meet its power needs.

The minister said the move will increase the ready market for Zambia’s surplus power, adding that plans were also underway to interconnect the power grids with Angola.

South African President Cyril Ramaphosa said recently that his government would consider importing power from Zambia to address the energy crisis the country was facing.

Zambia recently declared a surplus of 1 156.8 megawatts following the commissioning of four out of five generators at its 750-megawatt Kafue Lower Gorge Power Station.