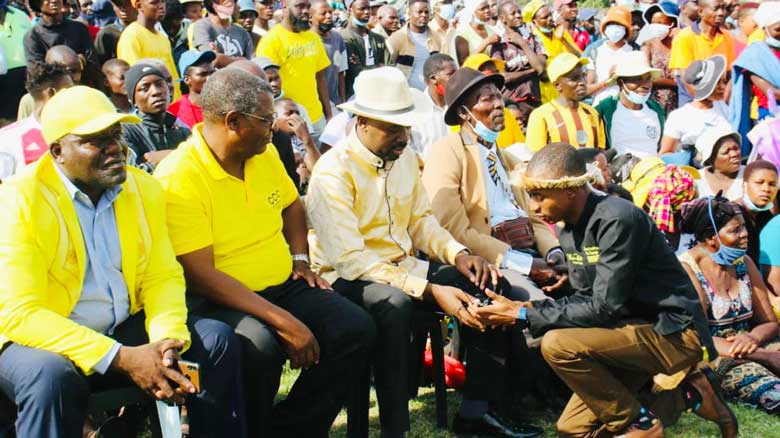 CCC leader Nelson Chamisa said the clamour by some critics for the party to have formal structures before the 2023 elections has nothing to do with the citizens’ agenda and therefore a non-issue.

Speaking in an interview with The NewsHawks recently, Chamisa said CCC is introducing a new brand of politics that puts citizens first. He said:

It is a dead issue, a non-issue really. We are introducing fresh politics and new culture and, of course, it will have a new structure carrying within it new strategies.

Those who believe in old ways will get lost in locating the new us.

… I don’t have a political party, l lead a movement of the citizens. In my leadership of the citizen movement, we are not panicking but concerned. We will be able to deal with these issues.

Some political commentators say CCC should have solid structures for it to seriously compete with ZANU PF and also show that it is ready to govern.

Self-exiled former ZANU PF politburo member Jonathan Moyo has been one of the most vocal proponents of structures and has suggested that CCC should be banned from contesting elections if it doesn’t have formal structures.

One Comment on “Those Calling For Structures Are Detached From Reality, Says Chamisa”