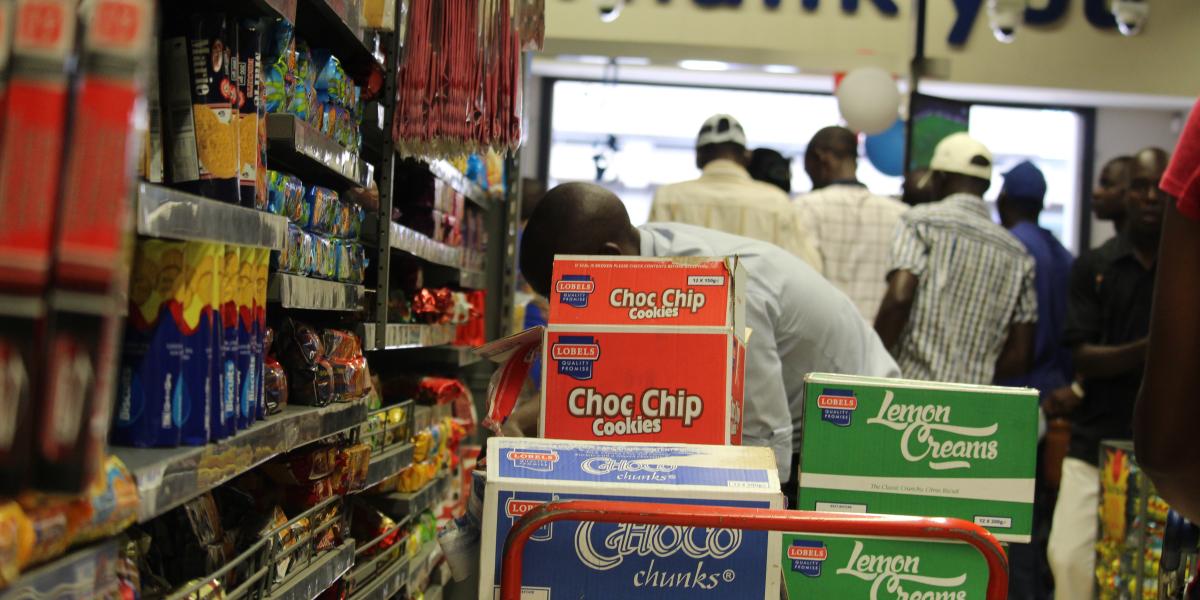 Manufacturers have reportedly cut supplies of basic commodities to those paying in local currency and now favour tuck shops that pay in hard currency.

Speaking in an interview with Business Times, the president of the Confederation of Zimbabwe Retailers, Denford Mutashu, said they are now in a dilemma. Said Mutashu:

We fear that with the way the supply chains are disrupted or broken we may see the resurfacing of basic commodities black market which is not a desirable thing for the economy.

We are given a 30-tonne truck per month. We sell it within three days of delivery. But, the tuck shops are given as many trucks as they want depending on the cash they have.

The Reserve Bank of Zimbabwe (RBZ) insists formal shops should sell their goods at a premium of 10% above the official rate.

The official rate is at around ZWL$403: US$1 with shops allowed to trade at around ZWL$435 per US$1 and this is unsustainable for formal shops as manufacturers now prefer tuck shops who pay in hard currency. Added Mutashu:

The charging of goods using the official rate has a serious knock on our businesses as suppliers and manufacturers are not supplying us on a regular basis as they don’t want the local currency.

We are struggling to re-stock as they go for informal traders who have hard currency.

If we may want to sell in US$, very few customers would come with the hard currency to buy in formal shops instead the money changers are swiping for the customers at a better rate.

With the pricing conundrum at play, reduced stock and a subdued US$ rate, retailers are in a catch-22 situation which needs dialogue between us and other stakeholders.

It is very difficult for a supplier or manufacturer to give me a product where I am paying in ZWL$ understandably because they would also want to use their product to generate foreign currency from their own internal source.

One Comment on “Formal Retailers On Edge As Manufacturers Favour Tuckshops”