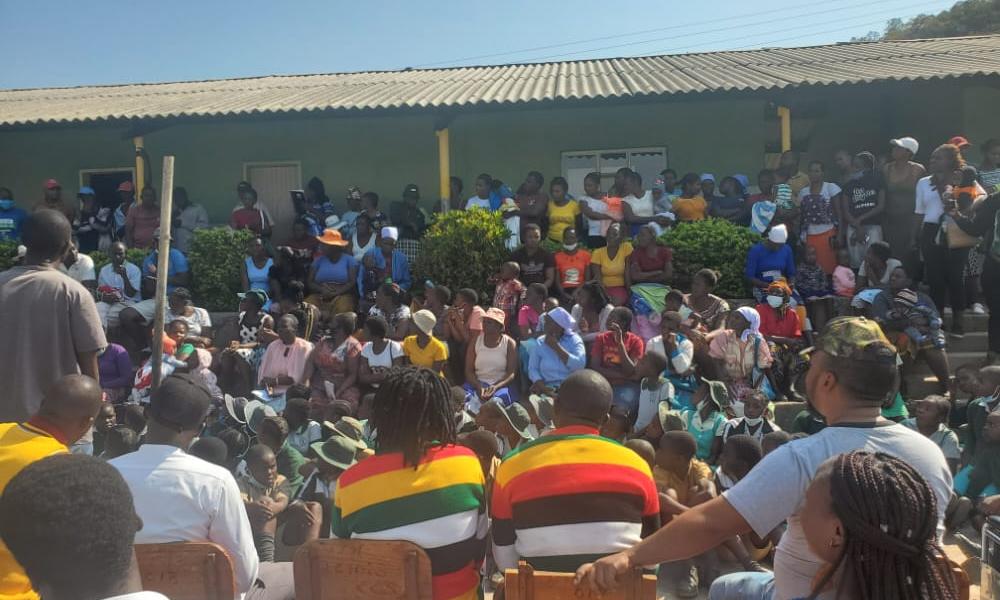 ZANU PF members in Kariba District on Thursday disrupted learning at Mahombekombe Primary School in the district after they held a political rally at the school.

The rally was staged for ZANU PF Kariba Ward 5 candidate, Kudakwashe Mafusire ahead of this weekend’s by-election.

Pupils and Mahombekombe residents were made to sit in the blazing sun while ZANU PF officials “sold” their candidate and also donated a handful of textbooks.

CCC interim provincial spokesperson, Blessing Mandava, told NewZimbabwe.com that ZANU PF has been promised US$20 cash for those who vote for the ruling party. Said Mandava:

We have heard plans of vote buying, where people were promised US$20 each.

Our Intelligence team on the ground in Ward 5 has gathered that Zanu PF is promising each voter US$20 if one captures his/her ballot after voting for them.

We call on alert citizens and agents to foil this act of criminality and protect the people’s will.

Tonderai Chikwati will stand for CCC while ZANU PF will field Kudakwashe Mafusire in the by-election.