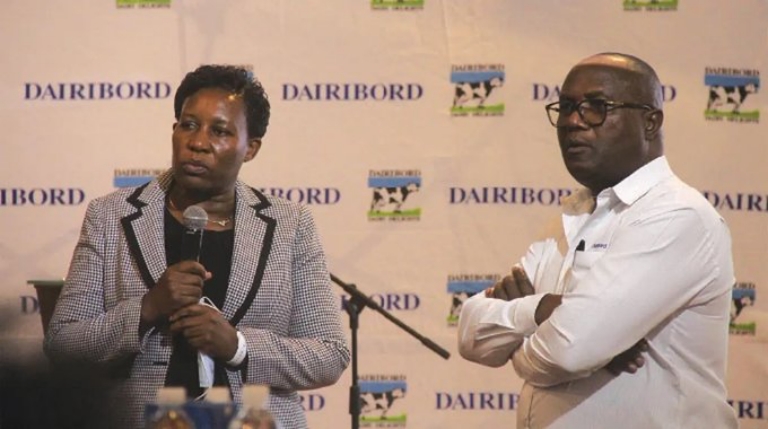 Mandiwanza is retiring from Dairiboard with effect from 30 September 2022 after serving the company for 43 years.

He is being accused of nepotism and violating corporate governance principles by pushing for the appointment of his alleged second wife.

We are the only country where shareholders are taken for fools. How in the world can a board allow the appointment of the former CEO’s second wife?

Anthony Mandiwanza has appointed his second wife Mercy Ndoro as the CEO for Dairiboard Zimbabwe which is an act of nepotism and misconduct according to corporate governance rules.

The strategy is simple Anthony is going to appoint himself as the chairman.

As a former board member and chairman of the Institute of Directors (IODZ), the home of corporate governance Anthony should know better that these kinds of appointments are illegal.

As a shareholder, I am requesting a response from the board on why it is allowing such an illegal decision to be made.

Such decisions are usually taken by a board that is tainted. Dairibord is not a family business.

It is a listed institution which should adhere to corporate governance and this kind of action does not reflect respect for the rules.

I am hereby requesting that the Zimbabwe Stock Exchange investigate this and charge the board of Dairibord with misconduct.

Board members should respect corporate governance and adhere to the rules.

Nehanda Radio reported that Mutisi confirmed writing the statement in an interview with the Express Mail Zim. Mutisi was quoted as saying:

Yes, I can confirm that I did write that and I do not regret it. I am a law-abiding citizen and need answers from Anthony.

Where do we go as a nation if we have such violations of corporate governance rules?

He arm twists the board by providing unlimited fuel to board members, he captures them.

If he so wishes he can challenge me if he disputes raising children with Ndoro.