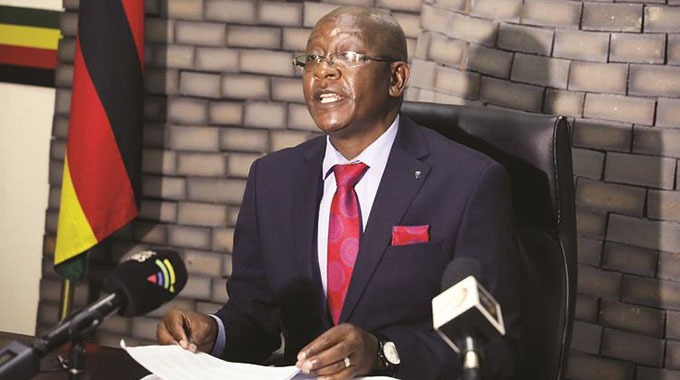 Opposition Citizens Coalition for Change (CCC) Vice President Tendai Biti and Justice Minister Ziyambi Ziyambi clashed in Parliament this week over the exhumation and reburial of victims of the 1980s Gukurahundi atrocities.

NewZimbabwe.com reports that the subject was raised by Binga North CCC legislator Prince Dubeko Sibanda who had asked the minister about the government’s policy on ensuring relatives exhume and rebury Gukurahundi victims. He added:

In response, Ziyambi said chiefs should provide leadership and guidance on the issue.

However, Biti said there was a need for a legal provision to guide the process since it is considered an offence in Zimbabwe for anyone to dig up a grave. He added:

Therefore, communities in Matebeleland that were victims of Gukurahundi, no chief or family has the power to simply dig up a grave.

So, the logical thing for the authorities and the Government is to come up with an Act of Parliament that clarifies and deals with the issues once and for all and codify the policy that empowers traditional leaders and families to deal with the issue of exhuming and reburying Gukurahundi victims.

Ziyambi insisted that it was not correct that there was no Act that allows exhumations. He said:

I put it to you that he is not saying the truth that we do not have an Act in that regard.

He added that the processes are ongoing and invited Biti to his office if he wanted to see the law.

Biti, a former Minister of Finance during the Government of National Unity (GNU) then challenged Ziyambi to cite the Act and Chapter to which Ziyambi responded by saying:

When we come to Parliament, we interrogate policy. I am not in a court of law to be citing all the laws. We are not here to be regurgitating Acts of Parliament!

More than 20 000 civilians died in the Matebeleland and Midlands provinces after the government deployed a North Korean-trained 5th Brigade to the two regions in the aftermath of independence.

Mnangagwa, who is widely alleged to have masterminded the massacres, has encouraged public discussion of Gukurahundi, to facilitate the resolution of the conflict. Some still say Mnangagwa is not sincere.

The matter had remained a sensitive issue during the era of the late Robert Mugabe who described it as a “moment of madness.”