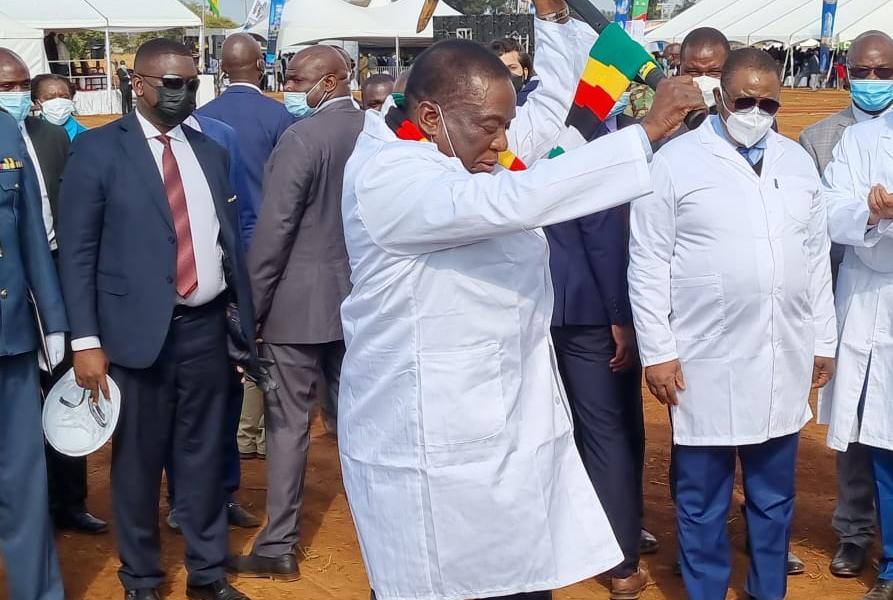 President Emmerson Mnangagwa on Wednesday declared that he will be in office beyond 2023 to oversee all the infrastructural projects he has initiated including a planned Cyber City project in Mt Hampden.

The cyber city will be built in phases and the first phase will include cyber technology offices, shopping malls and the construction of the tallest tower in Africa called the Mulk Tower as well as other recreational facilities.

The first phase is expected to be completed in two years. Speaking during the ground-breaking ceremony of the project yesterday, Mnangagwa said:

As for me, I know I will be there until the project is finished and oversee that everything is running smoothly. I will be in charge.

… This will be a new city, the city of government will be built here. We already have the new Parliament.

This comes after former ZANU PF youth leader Jim Kunaka, who now represents the ZANU PF Original, recently claimed that Mnangagwa had reneged on his gentleman’s agreement with Vice-President Constantino Chiwenga to hand over power after serving one term.