The Zimbabwe National Statistics Agency (ZIMSTAT) has reported that the unemployment rate of females in Zimbabwe was higher than that of their male counterparts in the first three months of 2022.

ZIMSTAT defined people in the unemployment category as “persons who during the reference period; were without paid work, were seeking for work and were available to start working.”

ZIMSTAT’s definition of employed people includes subsistence farmers and those in the informal sector, such as vendors.

The details, contained in the agency’s Quarterly Labour Force Survey for the first three months, seen by Pindula News, said: 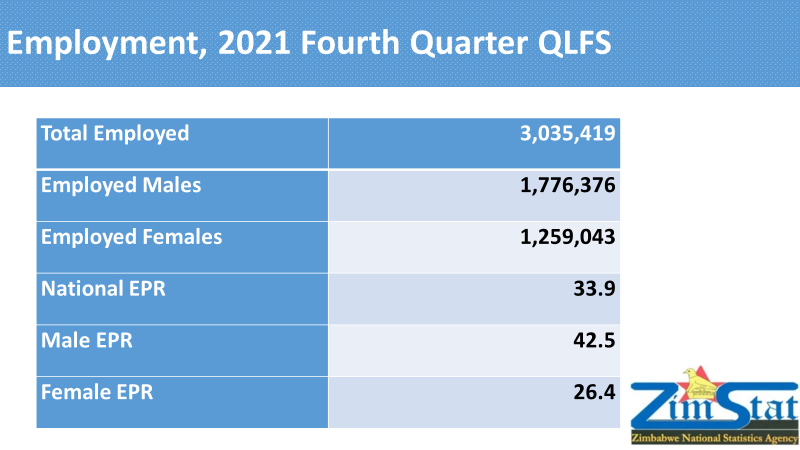 Seventy-seven percent of the employed persons earned income of RTGS$20,000 and below during the month of January 2022.

Nineteen percent of persons 15 years and above were unemployed. Among males the rate was 18 percent while for females it was 21 percent. Matabeleland North province had the highest unemployment rate of 37 percent.

The working-age population was estimated at 9 million, constituting 59 per cent of the total population.

Harare had the highest proportion of the employed population at around 25% followed by Mashonaland West at 14%, Matabeleland North with 3% had the least proportion.