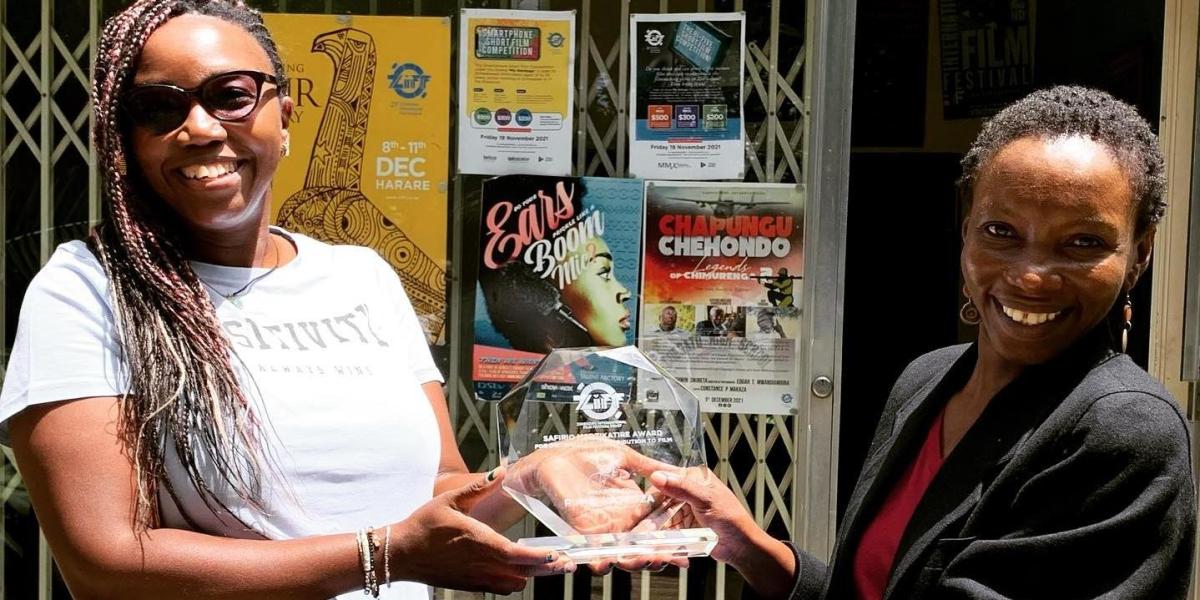 A Zimbabwean film, Transactions, by filmmaker Rumbi Katedza, was recently picked as runner-up in the Programmers Choice Awards for Best South African/African Documentary.

An elated Rumbi took to her Facebook to announce her win. She wrote:

The film premiered end of June at the Encounters International Documentary Festival in South Africa.

Rumbi said the film was a part of a pan-African project that features 25 documentary films from 16 African countries and tells “a story close to my heart – a story that focuses on the effects of remittances on migrant families.” She added back in June:

Transactions is a Zimbabwe/South Africa/Germany co-production, shot in Zimbabwe, South Africa and the UK, with a majority Zimbabwean crew.

Rumbi Katedza is a Zimbabwean Film Producer and Director. She is the founder of the production company Mai Jai Films.

She has lived in the USA, Japan, Italy, Canada, the UK and Zimbabwe. She has also worked as a radio presenter/producer on the popular former Zimbabwean station, Radio 3.