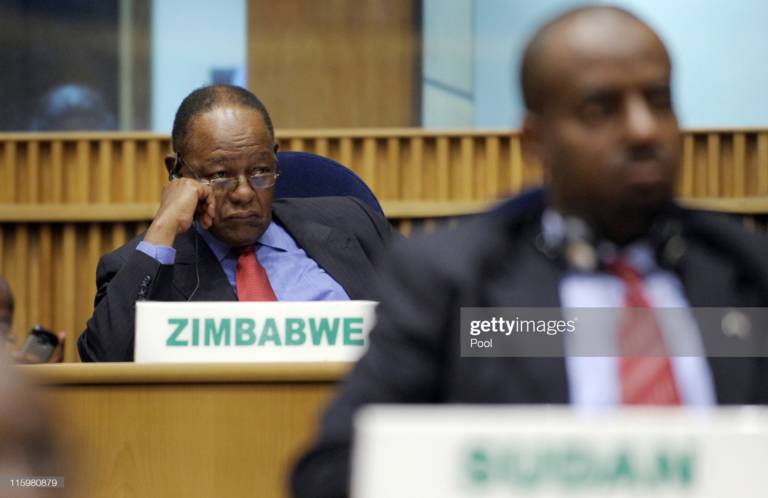 Zimbabwe’s retired diplomat and academic, Andrew Hama Mtetwa, who served as the Ambassador to Belgium, South Africa and Zambia, has died. In a statement seen by Pindula News, President Emmerson Mnangagwa said Mtetwa died on 3 July 2022. The president has extended state-assisted funeral to Mtetwa. Reads the statement issued by the department of presidential communications in the Office of the President and Cabinet (OPC):

I learnt with deep grief and a sense of loss the passing on yesterday morning of one of our veteran ambassadors in the foreign service, Ambassador Andrew Hama Mtetwa. An eminent scholar and historian, the late Ambassador Mtetwa belonged to the pioneering crop of black Zimbabweans who joined the civil service in the early years of our Independence in the 80s. They were our change agents upon whom we relied to transform a predominantly white minority-dominated civil service in order to give it a new look reflecting the majority dispensation under the First Republic. In the case of the late departed, he joined the Ministry of Foreign Affairs as an Under Secretary and rose through the ranks to ultimately head the Ministry as permanent secretary. In that capacity, he played a critical role in shaping and defining our country’s foreign policy. He will be remembered for his diligence and hard work as one of our longest-serving career diplomats who advanced and defended our national interests at the various stations he served as our ambassador, including at the African Union. On retirement from the diplomatic service, he continued to share the knowledge he had acquired in the foreign service as a lecturer in diplomacy at the then Zimbabwe Defence College, now National Defence University. At the time of his demise, he had just been appointed to the Board of Directors of the Zimbabwe Foreign Service Institute. Our Nation is all the poorer with his passing on.

In recognition of his long, outstanding and loyal service to Zimbabwe, I have granted the late Ambassador a State-assisted funeral.

On behalf of Government, and indeed on my behalf, I wish to express my sincere condolences to the Mtetwa Family following the loss of the dear departed. May they take comfort from the knowledge that their loss is shared by our Nation in whose service he gave his utmost.
May his dear soul rest in eternal peace.

E.D. Mnangagwa President of the Republic of Zimbabwe.

DEPARTMENT OF PRESIDENTIAL COMMUNICATIONS Office of the President and Cabinet