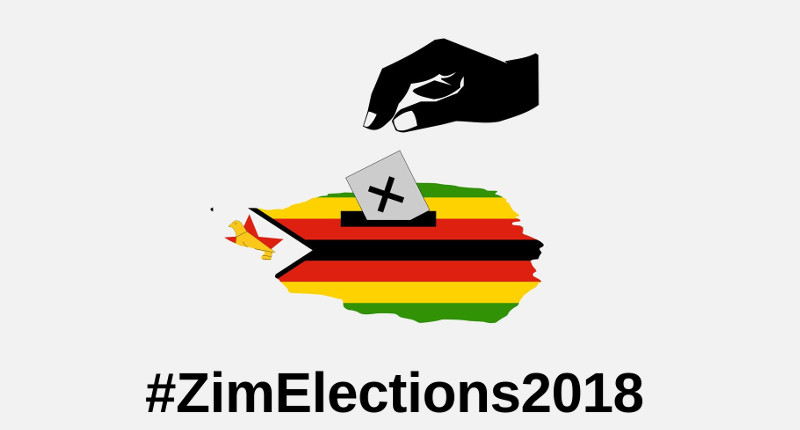 United States-based Zimbabwean Biomedical Scientist and Software Engineer, Freeman Chari, says it is a myth that ZANU PF has all the support in rural areas.

Chari, however, warned that the military, as a player and referee in elections in Zimbabwe, has the final say on who governs the country. Wrote Chari:

1. In 2008, ZANU PF had created 2 safety levers that were supposed to guarantee a Mugabe win and at worst make it hard for him to lose it. The first lever was the 50% + 1 rule which was enacted in 2007. The second was the introduction of the harmonized elections…

2. The goal of the 50% + 1 rule was to provide a basis for redress in the event that Mugabe lost. Previously whoever came first was going to be president.

3. ZANU knew that a senile Mugabe couldn’t out-run Tsvangirai. Instead, they created a situation where every ZANU candidate was forced to have skin in the game. Mugabe was supposed to be a ripple beneficiary of the campaigns of other candidates at council and parliamentary levels.

4. These 2 changes were calculated to keep Mugabe in power. I think there is general consensus that the March 2008 elections were the freest elections ever held in Zimbabwe. The calculation was if Mugabe won; the International Community would not have a leg to stand on…

5. For the first time MDC posters were pasted everywhere without reprisal. People campaigned, but obviously, because of the violent history, many people did not feel safe to even contest. That is how we ended up with many candidates whose qualification was just being brave…

6. Internal power dynamics within ZANU PF resulted in the Bhora Musango phenomenon. Mugabe was left to hang. He lost to MT presumably by a wider margin than reported. It took over a month for ZANU to declare the results. We didn’t have WhatsApp, few people had cellphones…

7. ZANU PF lost its parliamentary majority. The 2 MDCs; one led by MT and the other by Prof Mutambara had a simple majority. The first safety lever enabled Mugabe to declare a runoff even though it was widely believed he lost outright. They relapsed into their default settings

8. Mugabe re-enlisted Mnangagwa & Jonathan Moyo who both had fallen out of favour after the infamous Tsholotsho saga. Mnangagwa’s role was to galvanize the killing machine, while Moyo sanitized the murderers. Over 250 people were killed in cold blood & more than 1 million displaced

9. Tsvangirai fell victim to his conscience and pulled out of the June runoff. Mugabe ran by himself and declared himself the winner all the while swimming in the pool of innocent civilians’ blood.

10. The killing machine continued to abduct and slaughter opposition supporters until Tsvangirai was compelled into a Thabo Mbeki-engineered GNU at the end of 2008. The GNU was supposed to be a transitional period to usher in a new democratic Zimbabwe but as we all know…

11. We are now in a worse position today than we were at the end of the GNU. Most of the gains of GNU have been eroded by the same system that lost in 2008 but killed to survive with the complicit of South Africa and SADC as a whole.

12. When Jonathan Moyo and his fellow exiled former Mugabe ministers cry about the 2017 coup, we always remind him of the real coup that happened in 2008 which he worked so hard to sanitize. The 2017 coup was just thieves stealing for their fellow thieves.

13. There are lessons that we have to draw from this history: Lesson 1: ZANU PF does seemingly HOLY things but for DEMONIC reasons ALWAYS! At all times, mistrust anything they do, and check your side pockets whenever they come up with a new law or policy. ALWAYS!!!!!

14. Lesson 2: In a FREE and FAIR election the opposition has the capacity to win both urban and rural votes. It is a myth that ZANU PF has all the support in rural areas. 2008 MDC cleaned Manicaland and made significant gains in Midlands and Masvingo.

15. Lesson 3: The opposition can win an election but the military is the biggest elephant in the room. We can win in 2023 but the military which is a player & referee has the final say on power unless we have a strategy to – split the military – provide an alternative force

16. Lesson 4: ZANU PF kills for power. They don’t care about the common man. At some point, we need to all re-read Newton’s 3 laws of motion. #Ndatenda!

17. Here are Newton’s laws in context 1. ZANU PF will continue in its destructive path unless citizens decide to amass an alternative force 2. The more they loot the more they accelerate the destruction 3. Every action has a reaction, currently, ours is to whine. We need to… [emoji of a burning fire].