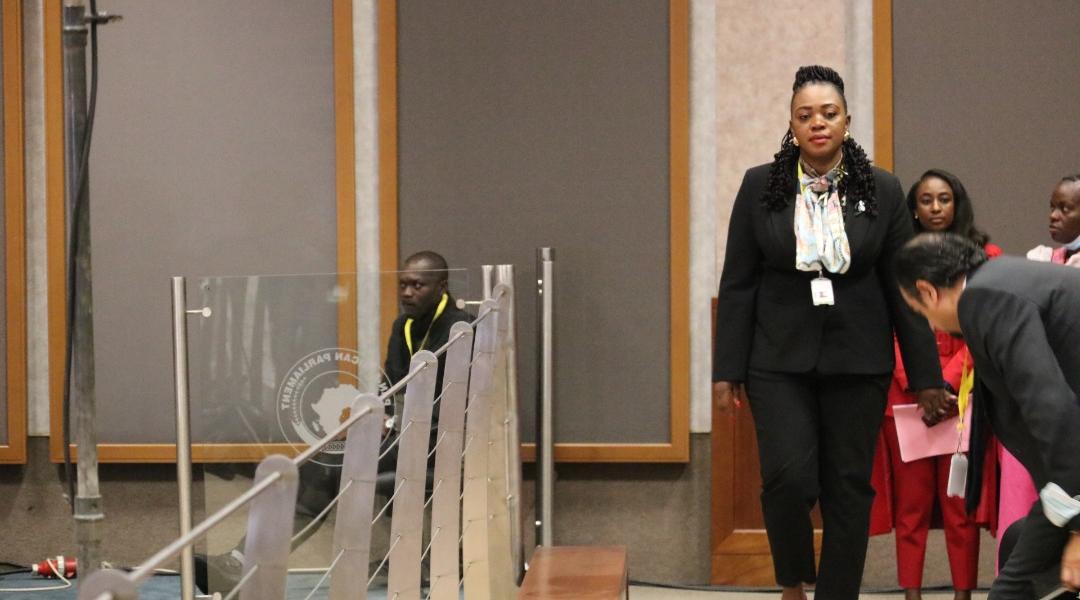 The proportional representative for Seke-Chikomba, Tatenda Mavetera (ZANU PF), was on Tuesday sworn in as a member of the Pan African Parliament (PAP) at its ongoing meeting in Midrand, South Africa.

Mavetera takes over from Barbra Rwodzi who was recently appointed Deputy Minister of Environment, Climate, Tourism and Hospitality Industry.

I am grateful to His Excellency, President Mnangagwa for accommodating young people in various positions of power and for me, it’s a great honour as a young woman that we now have an opportunity to air out our views on various issues concerning women.

The moment we speak at the Pan African Parliament level, it will cascade down to each country on the continent.

He was standing in for AU chairperson and Senegalese President Macky Sall, who was attending a G7 summit in Germany, together with South Africa’s President, Cyril Ramaphosa.