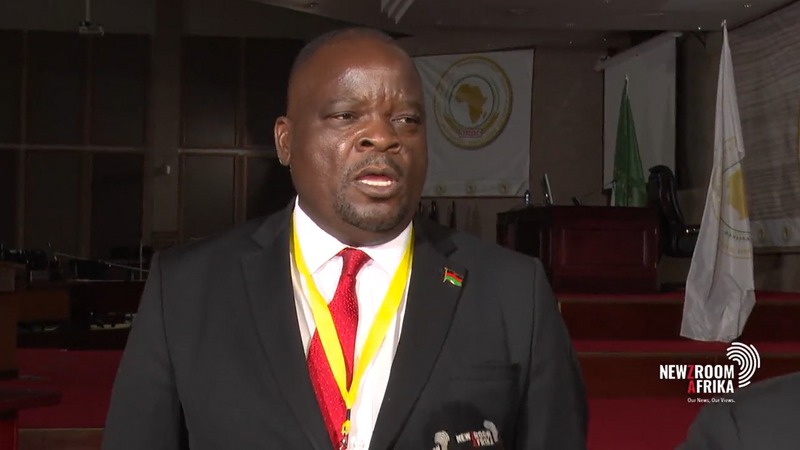 Malawian parliamentarian and presidential candidate at the Pan-African Parliament (PAP) Yeremia Chihana has accused South Africa of endorsing Zimbabwean senator, Chief Fortune Charumbira in the race for the hotly-contested post.

Chihana apparently rejected the southern caucus’s nomination of Zimbabwe’s Chiefs Council president Charumbira as its official candidate for the PAP presidency by throwing his hat into the ring.

When the (sitting) became hostile, members from the other countries decided to move out because we did not accept Pemmy [Majodina] as a candidate or ad hoc chair because it has been shown that the arrangement is provided by the camp in Harare that is fighting.

It has also shown that South Africa is taking advantage of being the host country. They have taken a side, that they are supporting Charumbira and by taking sides, it puts other countries in a very awkward position.

She has been elected as the interim chairperson of the Southern Region Caucus of the Pan-African Parliament.