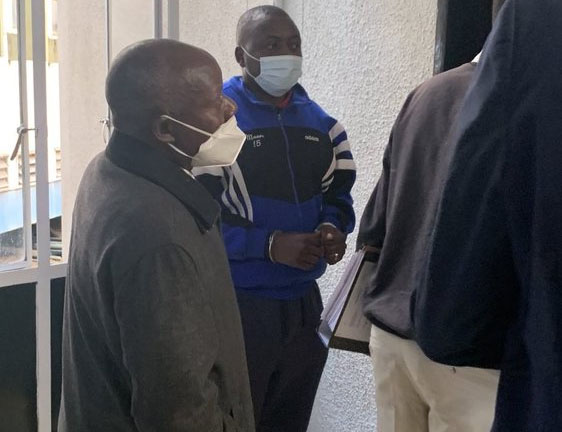 Obert Masaraure seen in handcuffs at the Harare Magistrates Court on June 16, 2022

As part of his bail conditions, Masaraure was ordered to pay ZWL$60 000, report to the police once every week, and surrender his passport.

Masaraure was arrested on 14 June and charged with murder from an incident that occurred at the Jameson Hotel in Harare in 2016.

A youth activist, Roy Issa, fell to his death from a seventh-floor window while drinking with friends, including Masaraure.

An inquest into Issa’s death ruled out foul play after hearing witness accounts about how he jumped to his death, reported ZimLive.

Masaraure was arrested after going to the Harare Central Police Station as part of his bail reporting conditions in a separate matter in which he is accused of participating in an illegal protest.