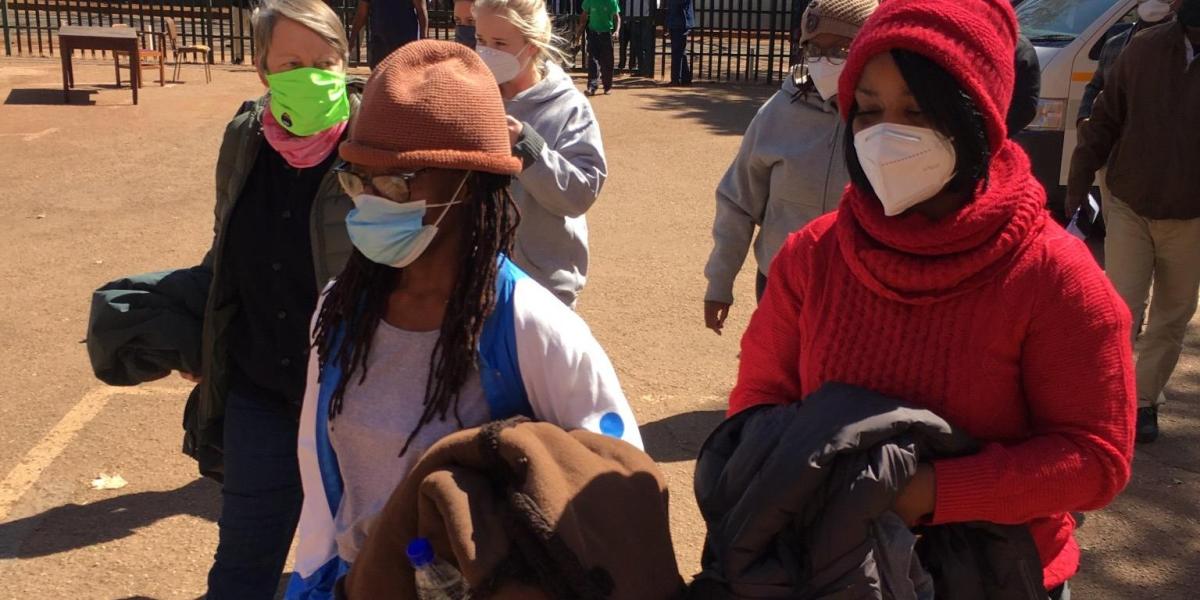 A court on Monday issued an arrest warrant for novelist and filmmaker Tsitsi Dangarembga after she failed to turn up in court where a magistrate was due to deliver judgement in her application for discharge on charges of staging a gathering with intent to promote public violence.

The writer is jointly charged with Julia Barnes accused of standing by a road in Harare’s Borrowdale suburb on July 31, 2020, and holding up a placard that said “We Want Better. Reform Our Institutions.”

Prosecutors allege the two intended to cause public violence.

ZimLive reports that magistrate Barbra Mateko was expected to hand down her ruling on the duo’s application for discharge. She postponed the hearing to August 4.

Dangarembga’s lawyer Mhike had asked the court to proceed with the ruling in her absence, but his request was dismissed by the court. Mateko said:

According to the law, any person who defaults coming to court must be issued with a warrant of arrest.

The magistrate also insisted that an accused person should always be present when a judgement is read in court.

Sheila Mupindu for the NPA had opposed the application insisting on the warrant of arrest being issued.

In their joint application for discharge, the two said the state had failed to prove beyond doubt that they had a case to answer since there was nothing on the relevant placards that could be deemed obscene, threatening, abusive or be mistaken for incitement to commit public violence.