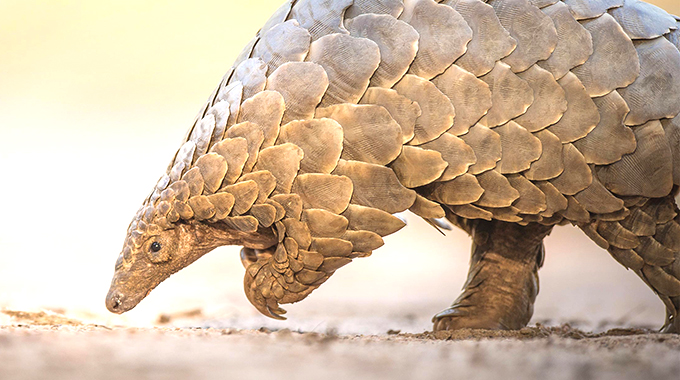 A 48-year-old teacher at Razi Primary School in Chivi has been arrested after being found with a live pangolin, The Midweek Watch reports.

Raymond Chavizha appeared before magistrate Farai Gwitima this Tuesday facing charges of contravening section 59(2)(a)(b) of the Parks and Wildlife Act which categorizes a pangolin as a rare protected species.

He was remanded in custody to June 29.

Representing the state, prosecutor Tarisai Muvengi told the court that detectives in Chiredzi were informed that the accused together with an unidentified accomplice was in possession of a live pangolin which he was selling.

The detectives who were investigating the case posed as buyers and called the accused where they agreed to meet near Roy – Masvingo Tollgate to negotiate payment.

Upon arrival, the team of detectives invited Chavhizha and his accomplice into their vehicle and agreed to drive along Roy-Gutu road in search of a convenient place to seal the deal.

After driving about two kilometres, the detectives moved away from the main road, followed a dust road and stopped.

They then identified themselves to the accused, carried out a search and recovered a live pangolin valued at ZW$425 000.

Pangolins are increasingly threatened by demand for their scales, which are used in traditional medicines, and for their meat, which is consumed as a luxury. As populations of Asian pangolins decline, the demand is shifting to the four species in Africa, where local cultural use may already pose some level of threat.

One Comment on “Teacher Arrested For Possession Of A Live Pangolin”