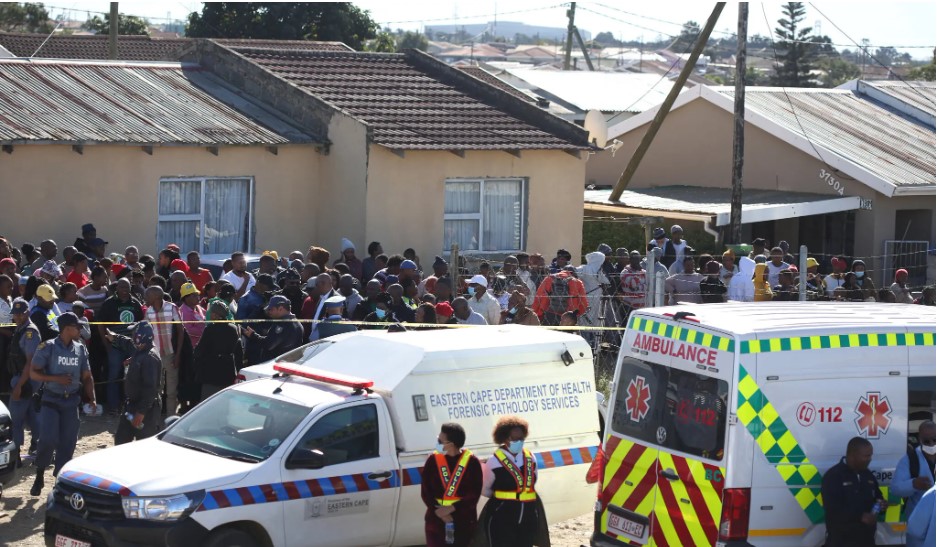 The number of children who died in a bar in East London, South Africa on Sunday morning has risen to 21.

South Africa’s President, Cyril Ramaphosa has sent his condolences and expressed concern over the death of the teenagers, according to SABC News.

A statement released by the presidency says Ramaphosa is concerned about the reported circumstances under which young people were gathered at a venue that, on the face of it, should be off-limits to persons under the age of 18.

Preliminary reports say 9 girls and 12 boys died in the incident following a stampede.

In a statement, the SA President said:

This tragedy is made even graver by its occurrence during Youth Month- a time where we celebrate young people, advocate and advance opportunities for improved socio-economic conditions for the youth of our nation.

SA Police Minister Bheki Cele has since visited the scene, together with a forensic team, to investigate the cause of death, and what led to the incident.

The president expects the law to take its course following investigations into the tragedy.