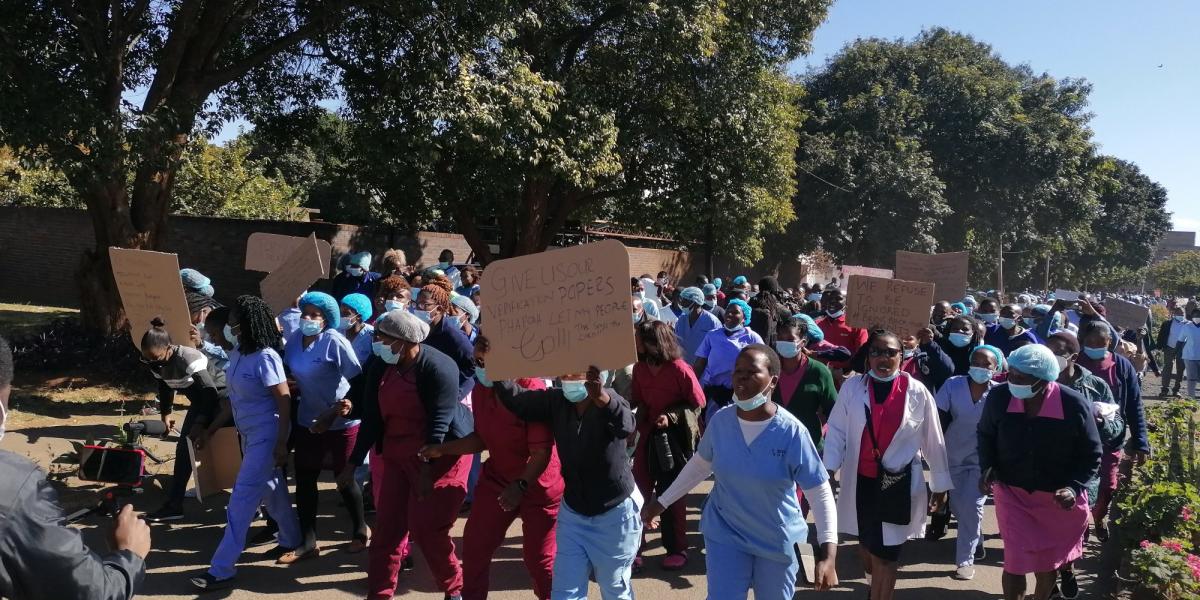 The Zimbabwe Nurses Association (ZINA) said the Government should address nurses’ grievances so that they return to work as bringing in the military to stand in for them would never work.

ZINA president Enock Dongo said it is not possible to bring nurses and doctors from the army as there should be a proper handover of patients’ records. Said Dongo:

The number of health workers in the army vis-a-vis our number is incomparable. In short, it will definitely not work.

I do not think it is possible or serve the purpose.

It is very simple and for the government to try and look for other ways of doing things is not fair and it will lead to the total collapse of our health system.

They have done it before, to bring in nurses and doctors from the army but I think they know it well that it will be for politicking not for real work to be done.

This is not a profession that you can take someone to come and replace, there is a need for handover because these patients have records.

He said the Government has an obligation to pay nurses US dollar salaries since it has indexed its services in US dollars. Dongo said:

When the government indexed everything else in US dollars, they forgot about indexing our salaries.

We do not have the basics in hospitals, we do not have bandages, gloves, or paracetamol which is just a pain-stop, we do not have antibiotics, and x-rays so even if health workers were to go back to work today, they would still have to watch people die because of lack of the resources.

The health workers are not demanding something out of this world, they are just demanding basic salaries and medication in the hospitals and equipment.

Zimbabwe’s public health workers have been on strike since Monday, demanding that their salaries should be paid in US dollars, among other things.