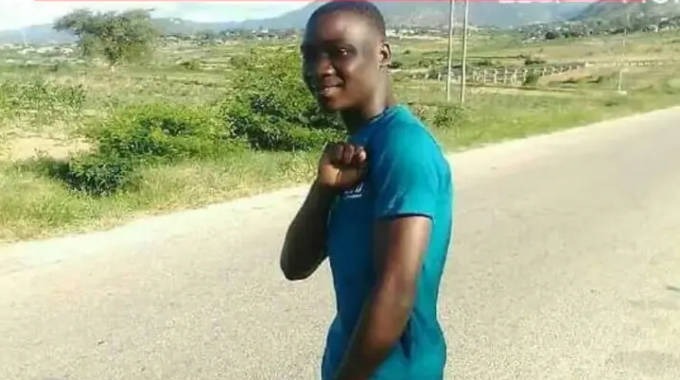 A pupil at St Mathias (Tsonzo) High School, Livingstone Sunhwa (19), who has been missing since December 2021 after he was allegedly linked to a break-in at the school’s tuck-shop, once disappeared for some days from his previous school.

According to The Manica Post, Livingstone went missing for two days from Tekwane High School in Plumtree and was located in Tsholotsho as he was en route to Bulawayo on foot.

Authorities at Tekwane High School reportedly had to drive Livingstone back to school.

Following his expulsion from Tekwane, Livingstone’s parents later enrolled him as a Form Three learner at St Mathias High School in Mutasa.

He later disappeared from St Mathias on 5 December 2021 after he allegedly broke into the school’s tuckshop and stole some items that were found stuffed under his bed.

Investigations carried out revealed that the wanted/missing person was once a leaner at Tekwane High School, Plumtree from 2018-2019 where he did Form One and Two.

There is clear evidence of shoeprints as well as the recovered groceries positively linking the wanted person to the commission of the offence at St Mathias (Tsonzo) High School.

Livingstone was then picked by the police for interviews and was later released into the custody of the school authorities where he later went missing from the school on December 5, 2021.

However, before disappearing, the accused person left his cellphone in the school dormitory from which evidence of communication indicates that he last communicated with a school mate indicating that he was proceeding somewhere to start a new life.

The wanted/missing indicated that he wasn’t going anywhere specifically but was just disappearing from this life and was starting something new elsewhere.

Selina Tadya (Livingstone’s mother) is aware of this since she is in the custody of the cellphone which was left by her son.

Judging from that last text message on Livingstone’s cellphone, he could have disappeared to a new place outside the country or could have committed suicide fearing the shame that he had brought upon himself after committing the offence.