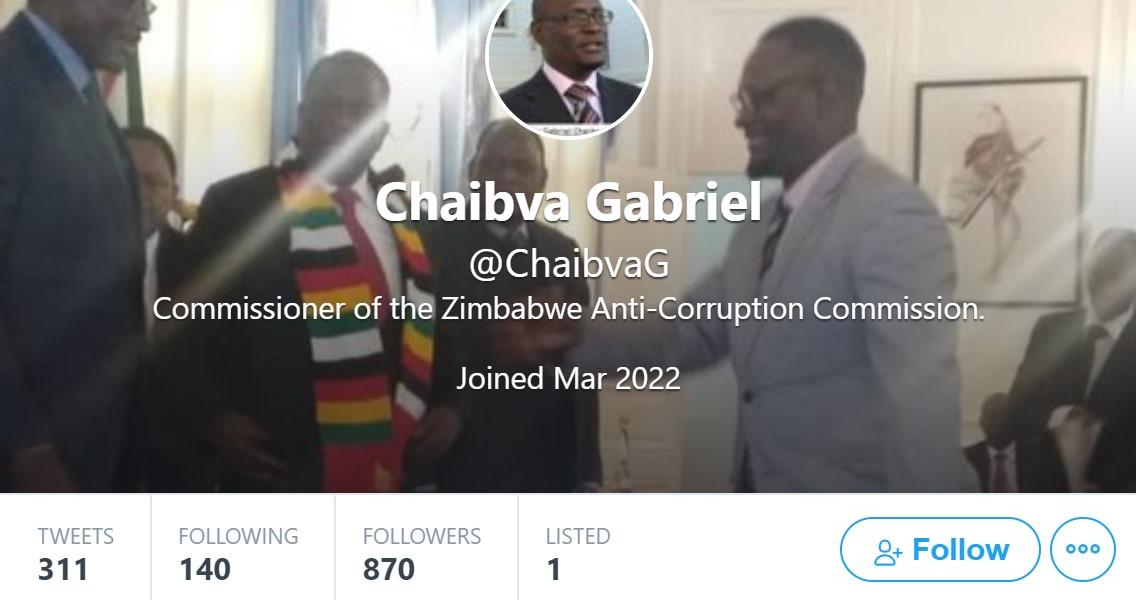 This came after the Zimbabwe Lawyers for Human Rights (ZLHR) threatened to file a US1 million defamation lawsuit against him over the alleged tweet.

The tweet implied that the human rights body was organising civil unrest. Chaibva said in a letter to the ZLHR:

I regret to advise that this is one of the many social media platforms which purport to be me when, in fact, they are ghost accounts.

I am advised that they have been many more handles which have been opened in my name with old pictures of me. The picture appearing on the Twitter handle complained of was taken in 2008 and appeared in a news broadcast on ZBC TV when I was interviewed. It is on the internet.

The other pictures which have appeared on the Twitter handle were taken in July 2019 at the State House swearing ceremony, while those pictures are of me; it is not my Twitter handle. Therefore, be informed that the Twitter handle you are complaining of is a ghost account and I am not in any way associated with it.

NewsDay’s Harriet Chikandiwa reports that Chaibva had claimed that civil society groups such as the Crisis Coalition Zimbabwe, Amalgamated Rural Teachers Union of Zimbabwe and ZLHR were planning to engage in politically motivated violence in the coming few days.

In response to the tweet, ZLHR, through lawyer Tinomuda Shoko, said the post was false in every respect and was calculated to damage the reputation and standing of the ZLHR. Added Shoko:

The information which you posted on your tweet is not only false, but highly defamatory in that it creates an impression in the minds of any reasonable person that the ZLHR are masterminds and instigators of political violence and civil unrest.

ZLHR demanded that Chaibva should retract the statement or face a US$1 million defamation lawsuit.

Earlier this year, Chaibva, a former member of the opposition Movement for Democratic Change (MDC), also disowned the account after the handle posted apologising for playing a part in lobbying for “satanic and illegal sanctions” imposed on Zimbabwe at the turn of the millennium. Some observers claimed the account had been created by central intelligence operatives to discredit the opposition.