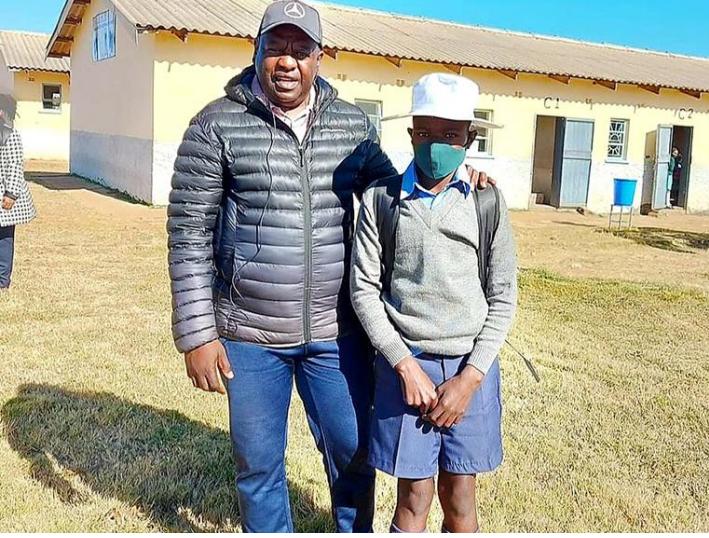 The construction of a two-bedroomed house for the Zimbabwean migrant worker to South Africa Elvis Nyathi’s widow, Nomsa Tshuma, and her children is almost complete after well-wishers donated funds for the project.

The house is located in Ntabazinduna, 40km outside Bulawayo along the Harare highway.

Veteran radio presenter Ezra “Tshisa” Sibanda, led the efforts within communities and civil society to mobilise resources to help out the family.

Nyathi was brutally killed in the Diepsloot township in Johannesburg, South Africa, on 6 April by an anti-immigrant mob.

In his social media update on the story, Sibanda expressed gratitude to all the people who contributed resources for the construction of the house. He wrote:

I want to take this opportunity to thank the good and kind people who helped us build a home for the late Elvis Nyathi’s family.

The two-roomed house has been completed and was constructed by Elvi’s best friend Prince Mkhwebu who survived being killed on the night his best friend was brutally murdered by Dudula hyenas.

A million thanks to individuals, social media groups, Asakhane, Facebook friends and many other groups for donating funds to buy building material. We have done half the job, good people.

She will need a bigger house in future and also start a project to help sustain herself and look after her children.

MaTshuma is getting much better after the counselling, but needs more courses so is Prince who needs medical attention to operate his ear raptured by those Dudula thugs.

Sibanda also revealed that Nyathi’s children are finally all in school. He said:

I thank Nhlambabaloyi Secondary School, its head and teachers for accepting Khumbulani Nyathi as a new student to their school. He is now a happy boy.

The other siblings Sandisiwe and Mike Nyathi are doing amazingly and coping well at Nhlambabaloyi Primary School and I appreciate the teachers for working so hard in integrating and giving counselling to the two kids.

The older brother Melusi completed his ‘O’ Level and needs a job to work and look after his mother and his siblings.

Any donations of any kind, including clothing, blankets, food etc, will always be appreciated.

Thank you Slice Pizzeria for the treat, they loved your pizza and it’s the best in town!