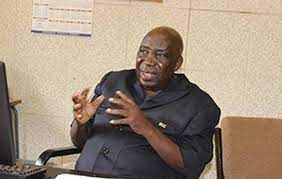 Prof Mararike, who was a senior Sociology lecturer at the University of Zimbabwe, died in the early hours of Thursday, aged 82.

In a post on Twitter, the Presidential Communications Department said the awarding of the honour to Mararike was announced by the Chief Secretary to the President and Cabinet, Misheck Sibanda. Reads the post:

The Chief Secretary to the President and Cabinet has announced that H.E. President @edmnangagwa has granted a State-assisted funeral to the late Professor Claude Mararike.

Mararike was known for his regular appearances on the ZBC talk show “Zvavanhu”, where he would discuss concepts of Africanism with fellow academics Dr Vimbai Chivaura, Professor Sheunesu Mupepereki and Dr Tafataona Mahoso.

Mararike was once investigated for abuse of office for fraudulently awarding a PhD degree to former First Lady Grace Mugabe.

Grace graduated from UZ with a Doctor of Philosophy from the Faculty of Social Studies in September 2014. She was supervised by Mararike.

Her PhD sparked a storm of controversy as it was dismissed as fraudulently acquired.

The matter was investigated by the Zimbabwe Anti-Corruption Commission (ZACC).