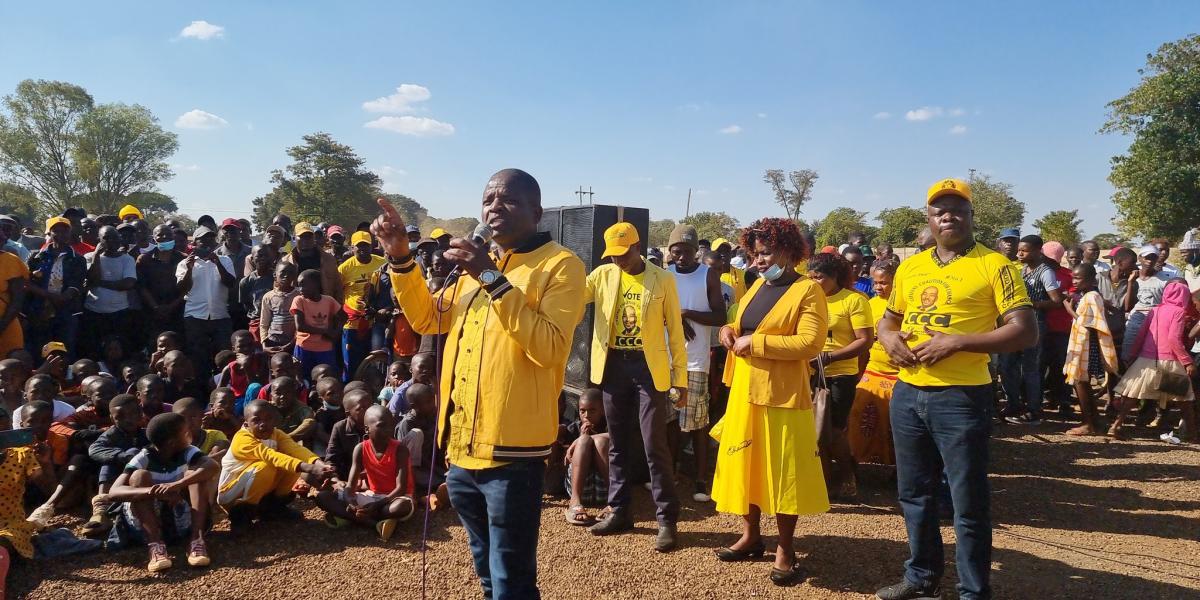 The publication said CCC had met the requirements for holding the rally including payment for the venue to the town’s municipality.

Party supporters were also chased out of the alternate venue, which is the ground next to Pfupajena.

Police said the stadium is still under construction.

However, according to CCC party officials, the council accepted payment for use of the venue despite the fact that construction was already underway.

The rally still went on regardless with hundreds of supporters attending.

As you know, wherever we want to do a programme as CCC, (the ruling) Zanu PF (party) is always ready to employ shenanigans to disrupt us.

The police are being used by Zanu PF, if they are left to do their job, I don’t think they will disturb us.

But as you know they are leaving in fear and acting under instructions.

The party later posted on social media saying the rally was meant to celebrate their by-election victory. Read the party statement:

It was a joyous day in Chegutu as the people celebrated their by-election win. For standing with the people, 3 councillors were illegally recalled by the regime in Zimbabwe. But the people spoke loudly & won big. It’s just the beginning. 2023 will be a showdown

In the run-up to the 26 March by-elections, police blocked a number of CCC rallies giving varying reasons. The opposition party said the police’s reasons were not genuine and were only meant to frustrate its campaign.

One Comment on “Police Try To Block CCC Rally In Chegutu”