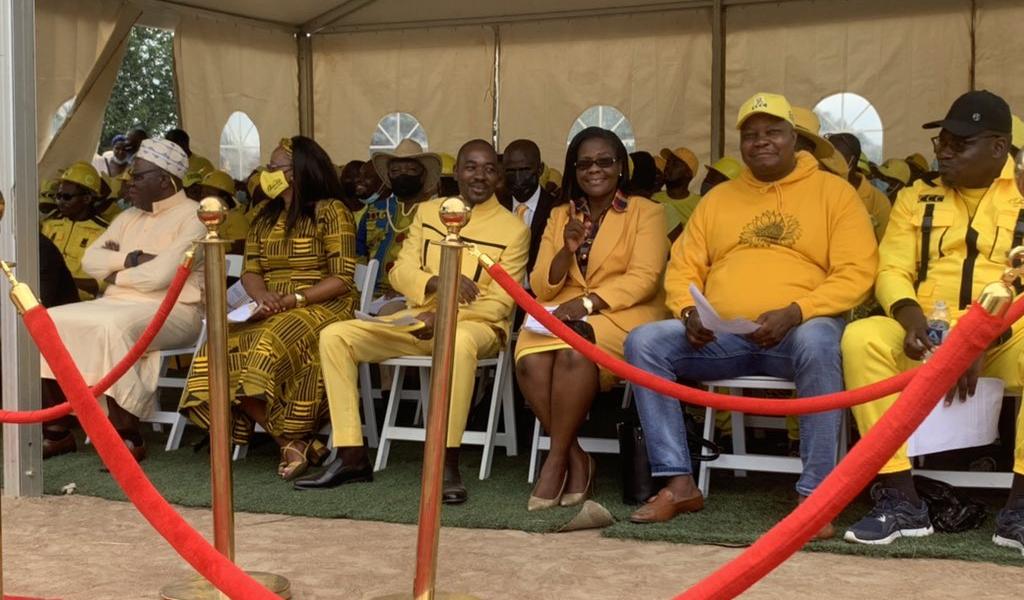 Chamisa and his colleagues dumped the MDC Alliance brand early this year and launched CCC, but the party is yet to hold a congress.

According to Chin’ono, a senior ZANU PF official confided in him that the ruling party is finding it difficult to infiltrate CCC because there is no one to target.

The official reportedly said it is easier to capture individuals who run the structures using money and get them to do things. The unnamed ZANU PF official was quoted as saying:

We are finding it hard because there is no structure.

The idea that anyone can be a member because it is a citizen party has wrongfooted us.

We don’t know who to target because we are only seeing [Nelson Chamisa].

Some ZANU PF officials and exiled former senior officials are on record criticising CCC for having no structures and postponing holding an elective congress.

On Friday, exiled former ZANU PF politburo member Jonathan suggested that murdered CCC activist Moreblessling Ali was not a member of the opposition party because it doesn’t have structures.

Posting on Twitter, Moyo, who is living in Kenya, said CCC cannot claim anyone as its member as it doesn’t have structures. Moyo wrote:

Leave a Reply to u r all clo wns Cancel reply