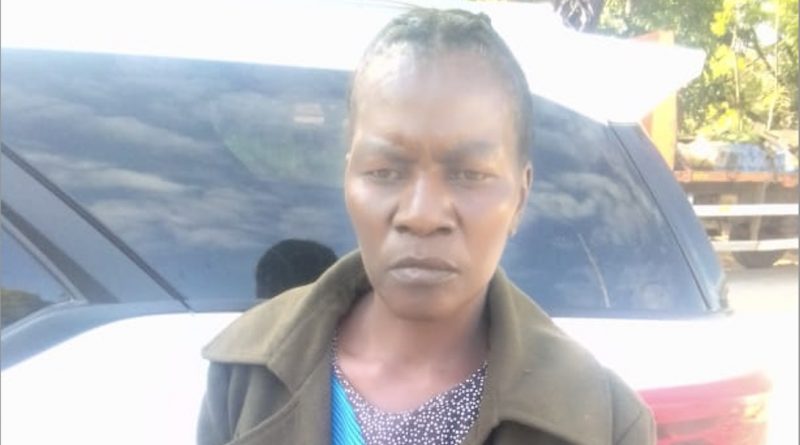 A 48-year-old woman from Rusape who could not conceive allegedly stole two babies in 2013 and 2015 respectively and raised them as her own.

Enita Marumani of Madhibhu Village under Chief Chiduku in Rusape was arrested on Monday this week and is being held in Rusape by the police.

In the first incident which occurred in 2013, Marumani had allegedly lied to her husband Noel Gutu that she was pregnant.

She claimed to have given birth at Vengere Clinic in Rusape and she brought a baby boy home.

The second incident happened on 2 June 2015 when Marumani who had indicated that she was pregnant in 2014 brought in another baby boy.

The matter was exposed after Marumani refused to go to Vengere Clinic to collect birth records so that the couple could get birth certificates for the boys.

During interrogation by the police, Marumani disclosed that she had stolen the two babies in Harare, said Inspector Muzondo.

Marumani disclosed that in the first incident, which occurred in 2013, she met an unidentified woman by the Harare Central Hospital gate and offered to assist her to carry her three months old baby boy.

The mother, who was carrying a lot of luggage, handed over her baby to the “Good Samaritan”.

It is alleged that the two women boarded a commuter omnibus along Seke Road en route to Chitungwiza.

When they arrived, Marumani disappeared with the baby.

She took the baby home and lied to her husband Noel Gutu that she had given birth. They named the child Tawanda.

In the second incident, which occurred on 2 June 2015, Marumani had visited her relative in Glen View, Harare.

She reportedly told her relative that she wanted to visit another relative in Waterfalls.

While she was waiting for a lift to Waterfalls, an unidentified vendor who was selling brooms asked Marumani to hold her six-week-old baby by the name Joseph so that she fixes her brooms.

Marumani disappeared with the baby and took him to her husband in Rusape and lied again that she had given birth.

However, whenever Gutu asked Marumani to avail the birth records so that they could acquire birth certificates for the children, she would always dodge the questions.

Gutu eventually reported the matter to the police that his wife was refusing to collect birth records from Vengere Clinic.

Investigations were done at Vengere Clinic and there were no records found.

Left with no place to hide, Marumani confessed that she had stolen the two boys in Harare in 2013 and 2015.

She was arrested for kidnapping.

The two boys were taken to the social welfare department as police are waiting to locate their biological parents.