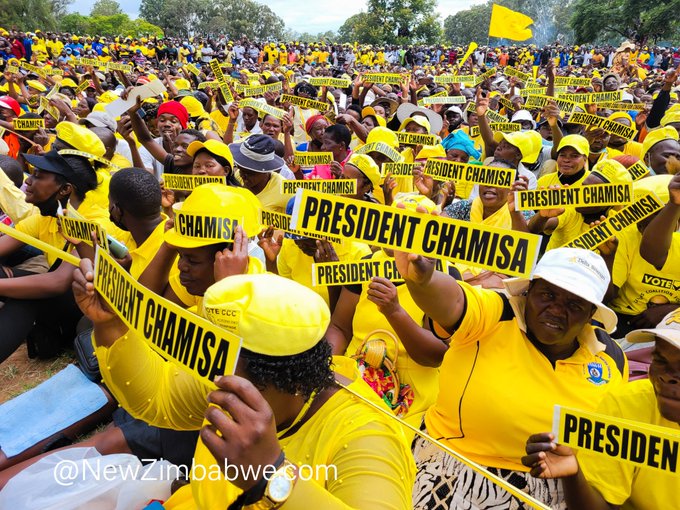 A survey by the Mass Public Opinion Institute (MPOI) has predicted that Citizens Coalition for Change (CCC) leader Nelson Chamisa will beat President Emmerson Mnangagwa in a presidential race if the election is held now.

We don’t dignify rehearsed, unscientific, nonsense published as research outcomes. ZANU PF will romp to a whitewash victory in 2023.

However, academic Methuseli Moyo said it would be unwise for ZANU PF to ignore the survey outcome. Said Moyo:

MPOI has over the years built a reputation in the field of surveys. Based on that, it is safe to agree with their results, which surely will cause excitement in some quarters, and anxiety in some.

As things stand, the situation favours the opposition, and the MPOI survey results cannot be faulted.

It is a significant finding that Chamisa has gained while Mnangagwa has lost potential voters.

Given that most such surveys previously pointed to Zanu PF wins, this swing is significant nearly a year before the next elections.

Ordinary Zimbabweans are disillusioned with rising inflation, poor salaries and high unemployment, with the Government seemingly incapable of dealing with the crises.