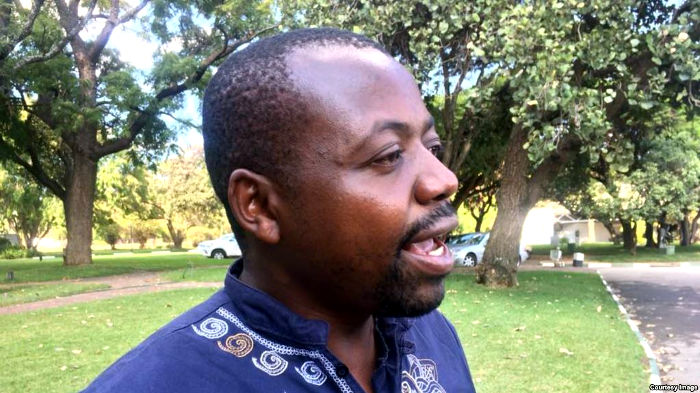 The president of the Amalgamated Rural Teachers Union of Zimbabwe (ARTUZ), Obert Masaraure, has been arrested in connection with the murder of his friend Roy Issa.

ZimLive reports that Roy Issa fell from the seventh floor of a Harare Hotel sometime in 2016 while drinking with friends, including Masaraure.

The police, back then, dismissed any foul play following investigations into his death.

The ARTUZ leader was arrested Tuesday in connection with the death.

In a statement, the ARTUZ spokesperson, Nation Mudzitirwa, said they feel insulted by the arrest of Masaraure and will take action. He said:

The Union stands assaulted and insulted by the decision to concoct trumped up charges against our president, all in an attempt to discredit him and silence all dissenting voices against the current and only despotic regime in Zimbabwe since Independence.

At this point, we would like to categorically state that President Masaraure is innocent and does not deserve to be caged like a wild animal or a common criminal.

The focus on the Zimbabwean situation has reached another level and we can no longer stand aside whilst one of our own is harassed and persecuted for standing with truth, justice, freedom and equality.

He said the arrest was a way by the ruling regime to make people submit to their selfish rules.

Masaraure was arrested when he had gone to fulfil his routine bail conditions for another charge at the Harare Central Police Station, which is still pending before the courts.

Masaraure is yet to appear in court.