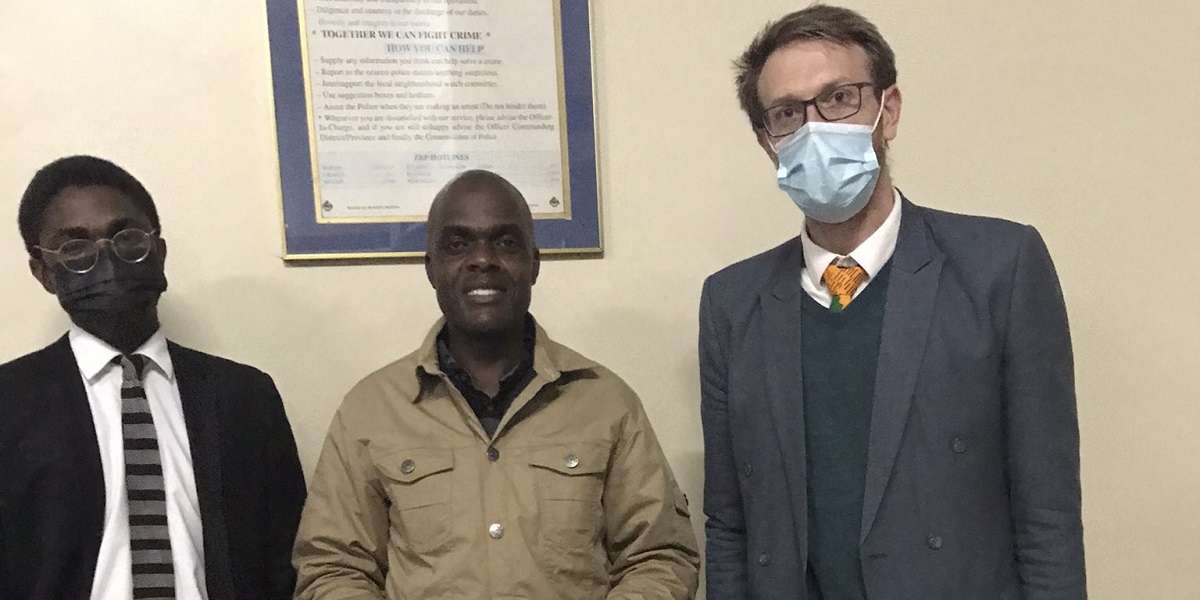 A freelance reporter for The New York Times, Jeffrey Moyo was this Tuesday found guilty of breaching the country’s immigration laws.

Moyo was being accused of obtaining fake press credentials for two Times journalists who entered Zimbabwe last year on a reporting trip.

The New York Times’ Chief Africa correspondent, Declan Walsh reports that before the hearing, Moyo’s lawyers said they would appeal the verdict in the event of a conviction. The lawyers maintain that Moyo’s charges are baseless.

Moyo appeared before Bulawayo Magistrate Mark Nzira who said that “from the evidence before the court, it is clear that the accused may have connived” to make fake press cards for the two Times journalists.

Moyo was arrested in May 2021 when he helped two Times journalists, Christina Goldbaum and João Silva, to enter Zimbabwe on a reporting visit.

He obtained press cards for the journalists from the Zimbabwe Media Commission (ZMC), the state regulator, which they used to obtain visas at Bulawayo airport on May 5.

Three days later, an immigration officer cancelled those visas, claiming the accreditation was fraudulent and the police ordered Ms. Goldbaum and Mr. Silva to leave.

Two weeks later, Moyo was arrested on charges of helping the journalists to acquire fake documents.

Mr. Thabang Manhika, the ZMC official who provided them, was also arrested and tried separately.

Moyo was moved to a prison in Bulawayo and was released after spending 21 days in custody.

A magistrate initially denied him bail describing him as “a threat to national security.”

In February 2022, the prosecution abruptly ended its case without calling major witnesses, including the chief police investigator.

Manhika, the Media Commission official accused of supplying the fake press cards, was acquitted in March. Still, the case against Moyo dragged on.

Moyo is among many journalists who have been arrested in Zimbabwe since the ascendancy of President Emmerson Mnangagwa to power in 2017. Others include Hopewell Chin’ono, Mduduzi Mathuthu, Blessed Mhlanga, Ruvimbo Muchenje, and Chengeto Chidi.

Analysts called the case part of a wider assault on press freedoms in Zimbabwe adding that the arrests are meant to suppress critics in advance of elections scheduled for next year.