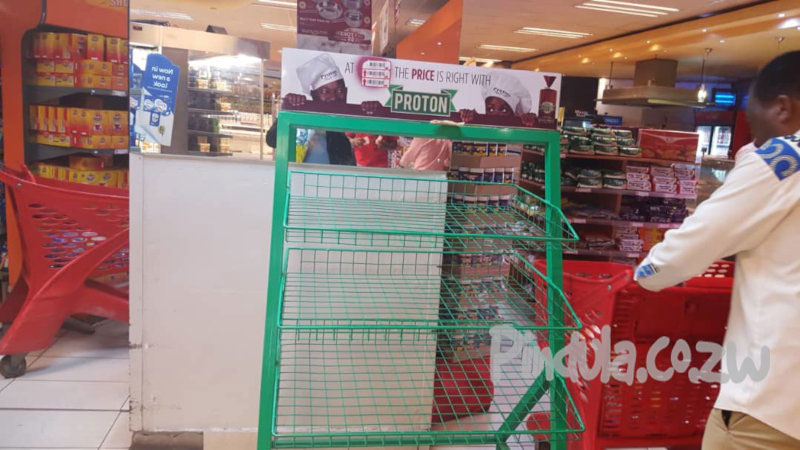 Some consumers have reportedly resorted to hoarding goods to escape price hikes and commodity shortages.

NewsDay’s Tanyaradzwa Nhari reports that a significant part of hoarded goods has ended up on the black market, while consumers keep others in homes.

Some people are now hoarding basic commodities in anticipation of a looming food crisis.

Consumers are panicking over the parallel market rate which continues to change on a daily basis.

A recent survey by CCZ revealed that the most affected product is cooking oil, which is going for $2 100 (about US$4 at the parallel market rate) in the big retail shops, against $5,50 on the black market. So, some people are resorting to hoarding the product and resell at the informal market.

The development reminds of the hoarding spree that was witnessed in 2008 when the country experienced another hyperinflation.

The recent wave of market panic has been sparked by a deadly erosion of the Zimbabwe dollar’s buying power.

The currency has lost over 30% of its value against the United States dollar since January.

Authorities blame the economic crisis on Russia’s invasion of Ukraine which happened on the 24th of February but analysts say the crisis had already begun when the war started.

Meanwhile, the Confederation of Zimbabwe Retailers (CZR), a conglomeration of supermarkets and other retailers, says the association has not received any reports of hoarding of basic commodities.