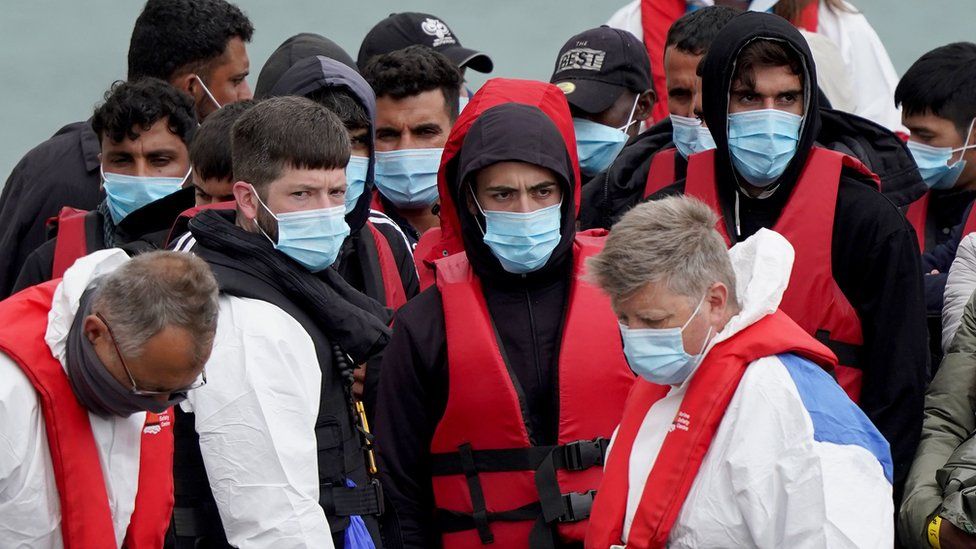 A flight to take asylum seekers from the United Kingdom (UK) to Rwanda next Tuesday has been allowed to go-ahead by the UK High Court.

Campaigners failed in an initial legal bid to halt the removals to the east African country, but have confirmed they will take the case to the Court of Appeal on Monday.

Under the policy, some of those entering the UK illegally will be flown to Rwanda to apply for asylum there.

About 31 people have been told they may be on the first flight.

There will be a full judicial review, where the High Court will hear a challenge to the policy as a whole, before the end of July.

Campaigners who brought the case expressed concern for the welfare of people set to be “forcibly deported”.

While their application is considered by Rwanda those affected will be given accommodation and support and, if successful, will be able to remain there with up to five years’ access to education and support.

Those who fail in their asylum bids in Rwanda will be offered the chance to apply for visas under other immigration routes if they wish to remain in the country, but could still face deportation.

Campaigners had sought to block the flight from leaving, as well as individual people being placed on it.

Their lawyers raised concerns about shortcomings in the Rwanda asylum system and the possibility that people could be sent on to countries where they would be persecuted – a process known as refoulement.

The judgment comes as rights groups on Friday urged leaders attending the Commonwealth Heads of Government Meeting (CHOGM) this month to pressure Rwanda to release dissidents and improve its “bad” record on freedom of expression.

The East African country, ruled by President Paul Kagame since the end of the 1994 genocide which left some 800 000 mainly ethnic Tutsis dead, has often come under fire for rights abuses.

Following the judgement by Mr Justice Swift, Home Secretary Priti Patel said the government would go ahead with its plans, while Prime Minister Boris Johnson described the ruling as “welcome news”. She said:

People will continue to try and prevent their relocation through legal challenges and last-minute claims, but we will not be deterred in breaking the deadly people smuggling trade and ultimately saving lives.

Rwanda is a safe country and has previously been recognised for providing a safe haven for refugees – we will continue preparations for the first flight to Rwanda, alongside the range of other measures intended to reduce small boat crossings.

More than 10 000 people have made the dangerous sea journey to the UK so far this year.