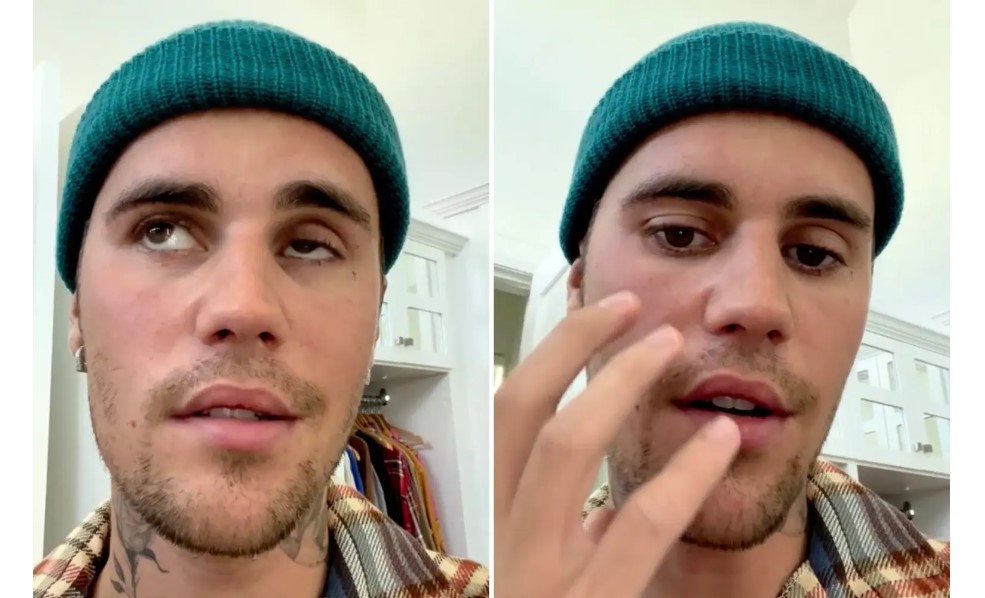 Singer Justin Bieber has revealed he is suffering from facial paralysis after cancelling shows this week, BBC News reports.

The 28-year-old said in an Instagram video that the condition is due to a diagnosis of Ramsay Hunt syndrome which is caused by the same virus that causes chicken pox. The Canada-born singer said in the three-minute video, indicating the right side of his face:

It is from this virus that attacks the nerve in my ear and my facial nerves and has caused my face to have paralysis.

He asked for his fans to be patient, and said of his forthcoming shows that he is “physically, obviously, not capable of doing them”.

He also smiled and blinked, showing his 240 million followers how the right side of his face did not move.

Ramsay Hunt syndrome is quite similar to Bell’s palsy which has in the past affected a number of celebrities including Angelina Jolie, George Clooney, Pierce Brosnan, Sylvester Stallone and Katie Holmes.