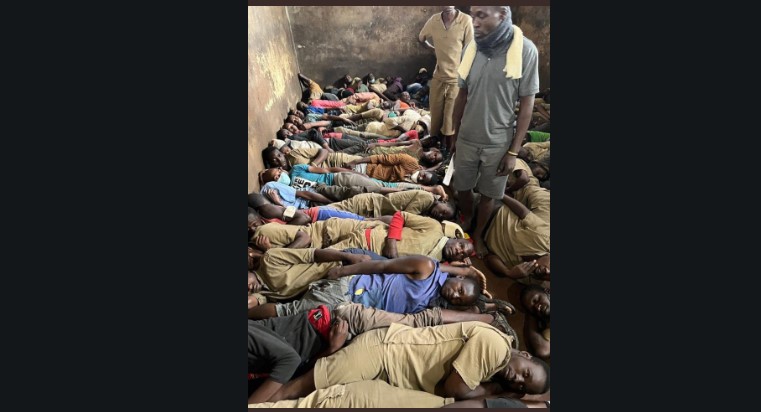 Inmates housed at Harare Remand Prison are living under poor conditions worsened by alleged corruption among officials handling their issues.

During a tour held by the Judicial Service Commission (JSC) in commemoration of 12 years of existence, inmates took the chance to grieve before chief magistrate Faith Mushure raising a number of complaints.

The JSC team intended to educate the inmates about the recently launched virtual courts but the inmates were instead more concerned about their welfare.

The main complaint was that they were being held for too long without trial, with some having spent over a decade awaiting prosecution.

This has resulted in overcrowding as the facilities were designed to house a limited number of inmates.

Mushure was told that there are now over 800 inmates in D-class, which is a section for the most dangerous criminals.

It has also emerged that about 400 inmates were arrested for drug abuse, with some claiming that they have spent over 10 months in jail over a sachet of dagga.

One of the suspects, well-known armed robber Musa Taj Abdul complained that his fate had already been decided before trial. He said:

I was at the High court recently, my bail application was simply thrown away by Justice Munamato Mutevedzi who blankly called me a dangerous criminal.

He could not even consider that I was making an application based on changed circumstances, so it is very difficult for armed robbery suspects like us.

Abdul also indicated that the introduction of electronic courts was rushed because the inmates have no access to the internet at the prison.

Another inmate complained that suspects were being held over petty crimes while real criminals go scot-free.

Some of the suspects qualify for bail but have no means to raise the amount ordered by the courts.

Those who have spent several years in remand prison queried how the JSC will compensate for the lost time.

Others complained that inmates are housed together with those with mental illness, asthma, Tuberculosis, and epilepsy among other conditions.