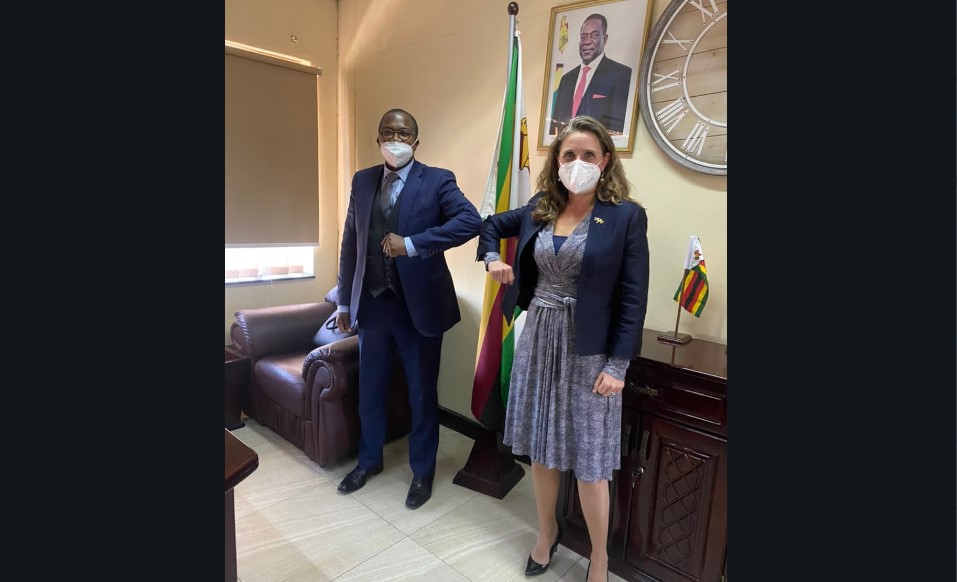 British ambassador to Zimbabwe, Mrs Melanie Robinson has been criticised after posting a picture of herself and Zimbabwe’s Finance and Economic Development Minister Professor Mthuli Ncube on Twitter captioning “constructive meeting…”

Her post comes as the Zimbabwean economy has been receding in the recent past. Said the diplomat:

Constructive meeting this morning with @MthuliNcube where we discussed the economy, currency, renewables and pensions.

Self-exiled former Tourism minister, Walter Mzembi said the diplomat’s choice of words was a deliberate effort to mislead her country. He said:

These terms ” constructive ” that you use to describe your meetings are tantamount to putting lipstick and mascara on a frog when infact you know there is immense suffering of our people, this is exactly how @CatrionaLaing1 misled Westminster!

Constructive Pensions discussion? Did you discuss about someone getting 21 years terminal benefits of less than $50 USD and getting punitively taxed on top of that? 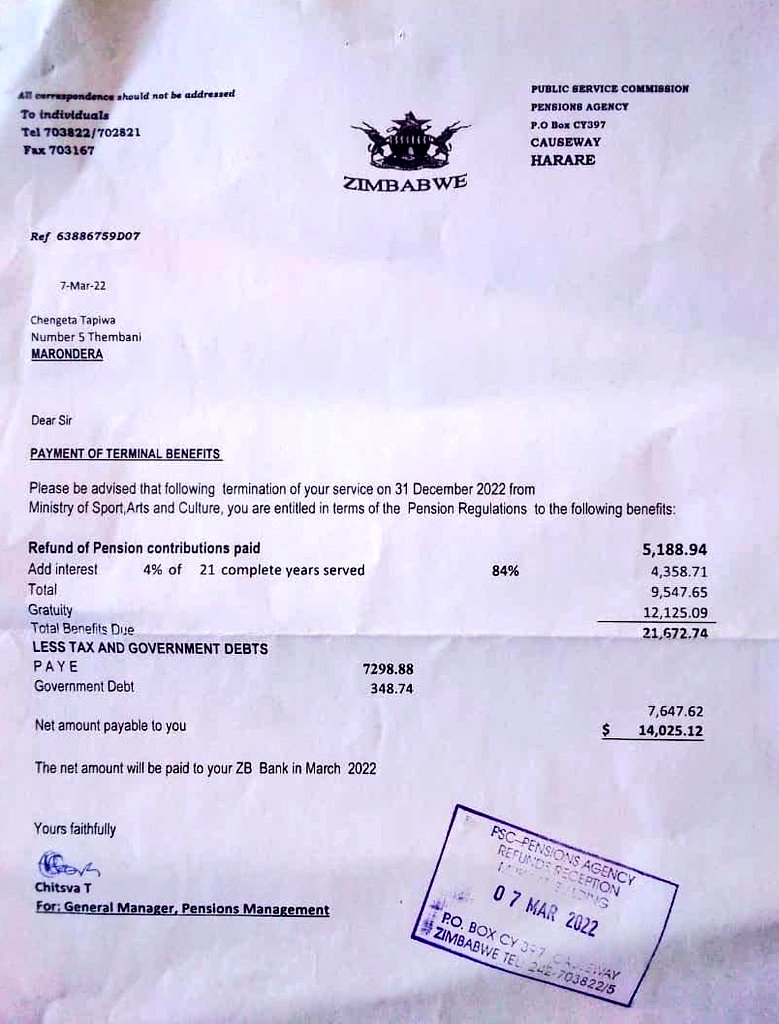 Obert Masaraure, the president of the Amalgamated Rural Teachers’ Union of Zimbabwe (ARTUZ) said it’s not the first time and won’t be the last Ncube has held such meetings but there is nothing tangible coming out of those meetings. He said:

Unfortunately, @MthuliNcube holds series of constructive meetings which never yield any positive results on the ground.

Some said the name Mthuli Ncube and the word “constructive” can never be used in the same sentence.

Mthuli Ncube was appointed as the Finance Minister in 2018. He made promises that he would turn the country’s fortunes around. The economy, according to analysts, has actually receded under his watch.

The government blames the trajectory on poor rains which affected the agriculture sector, developments in the geoeconomic arena and economic saboteurs.

🧱 Building Material Available in and around Harare
US $125.00 Harare
Company Registration starting from $35
US $35.00 Harare