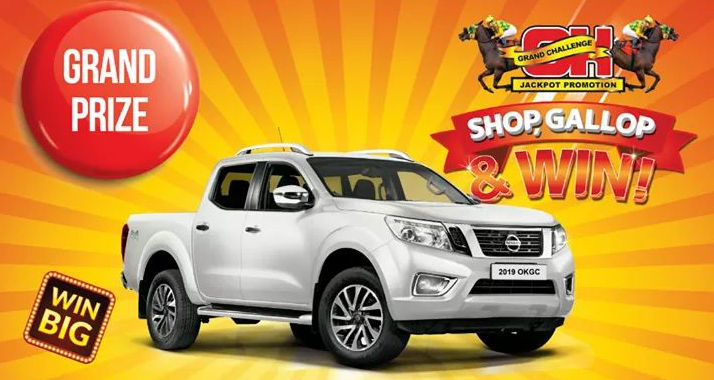 OK Grand Challenge Jackpot Promotion serial winner, Clement Muhle and his family have won their 10th car in the past five years.

The Rusape businessman’s wife, Fatima Muhle, was the recipient of a Delta Corporation-sponsored Nissan NP200 on Saturday.

To date, Muhle’s children – four boys and four girls – have won a car each except for their youngest son, a one-year-old, who is yet to try his luck.

Fatima told H-Metro she earned the prize after recently opening a bar in Rusape. Said Fatima:

I am happy that I have won my first car after having played second fiddle to my husband and children.

I recently opened a bar in Rusape and promised myself to move big volumes in order to win because that’s the only secret to winning anything in the competition.

I am still considering whether to keep the car or invest it in the business.

She dismissed reports the family might be earning all these benefits through the use of juju.

Like I said, it’s all about the volumes you buy on a particular product that increase your chances.

We have Christian values and we don’t use juju, those who accuse us of using it have never treated the competition seriously like we do.

Meanwhile, Prosper Zambuko, from Kwekwe, walked away with the biggest prize, a double-cab Ford Ranger worth US$72 000.

Portia Dube, a 32-year-old mother of two from Gwanda, also walked away with two Nissan NP200, which were sponsored by Arenel and CABS.

A total of 47 vehicles were won at the event at the Borrowdale Racecourse where various artists, including Jah Prayzah, Alick Macheso, Sulu, Freeman and Nutty O took to stage.