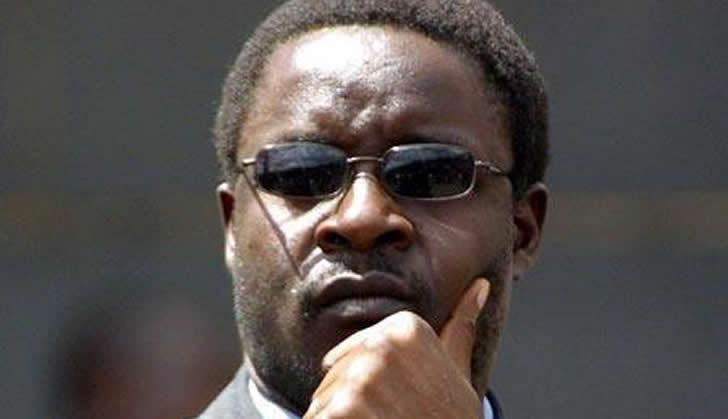 The threat comes after a Harare City Council (HCC) special meeting last week resolved to suspend the deal between Netherlands-based Geogenix BV company and HCC, which will see Geogenix BV pocketing US$22 000 per day for 30 years.

The government is not taking over the Pomona project, but is merely approving the project. The project owners are the Harare City Council and what the government is simply doing is to approve, and there is a difference between approving and taking over. The council voluntarily took the project to the minister (Local Government) for consideration. The minister cannot disown the minutes that he took to Cabinet.

If this little lawyer whom you call the Mayor of Harare (Jacob Mafume) insists on opposing the Cabinet decision, he must know for sure that we will end up locking him (up) in prison. He will be a suitable candidate for Chikurubi (Maximum Security Prison).

But Mafume, a Citizens Coalition for Change (CCC) councillor remained adamant, saying he was unmoved by Charamba’s threats.

How does he run government by threats? What crime have I committed? If it’s a council decision, then we no longer want it. Why does he threaten me all the time? Does he want me to die in Chikurubi? Why does he want to kill me for saying the truth?

The Zimbabwe Anti-Corruption Commission (ZACC) has been petitioned to investigate the circumstances leading to the controversial agreement.

Civic society groups and residents’ groups have also questioned the corrupt deal as it is likely to cost taxpayers.

Last week, HCC was handed a US$750 000 bill by Geogenix BV fronted by businessman, Delish Nguwaya, but the local authority refused to foot the bill.

Centre for Natural Resource Governance director Farai Maguwu said the government’s insistence that the project should go on despite that it is mired in corruption proved that some powerful people could be involved.

He pointed out that the fact that Nguwaya, who has also been mentioned in the multi-million dollar Drax saga for the purchase of COVID-19 personal protective equipment, is involved was enough to raise a red flag.