At this week’s RBZ foreign currency auction conducted on Tuesday, 31 May 2022, a total of US$25.59 million was allotted.

782 bids were received on the Small to Medium enterprises forex auction, with 723 accepted and 59 disqualified. The total number of bids allotted was 613.

On the main forex auction, a total of 285 bids were received, 263 were accepted and 22 were disqualified. The total number of bids allotted was 235. 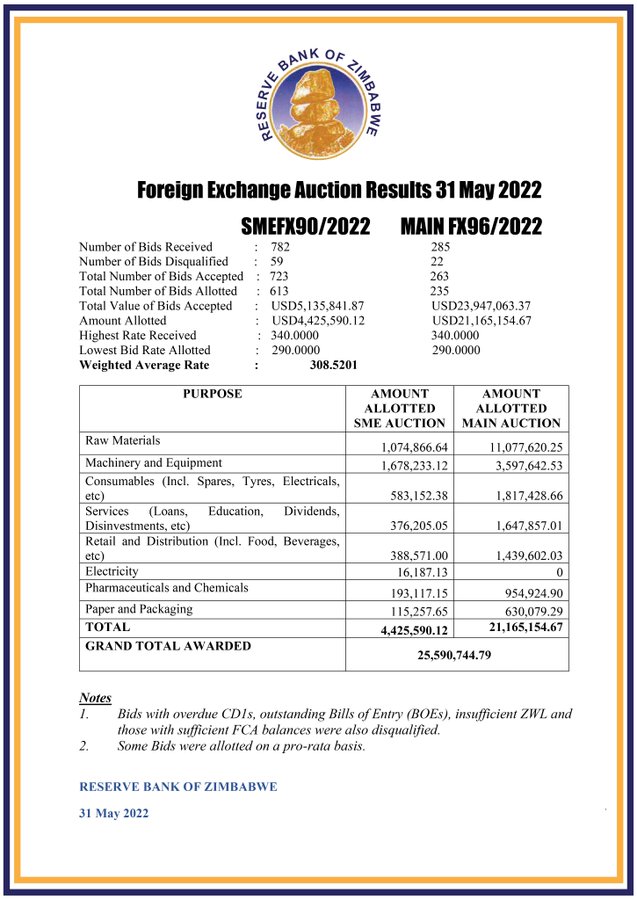