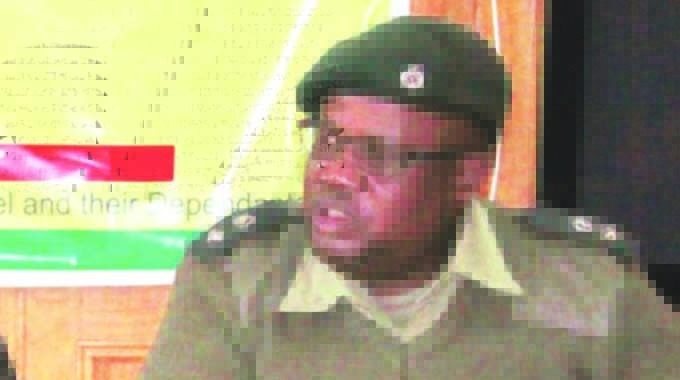 The Zimbabwe National Army (ZNA) Military Police continue to arrest more bogus recruitment agents, following the apprehension of one Emmaculanni Chimombe on 27 May 2022 in Harare.

Chimombe alias Lieutenant George duped Brian Ncube and Victor Hanembuya of USD$140.00 and USD$135.00 respectively, after promising that he could facilitate their recruitment into the ZNA.

Chimombe would collect various amounts of cash from his victims after misrepresenting himself as a recruiting officer based at Josiah Magama Tongogara Barracks.

More individuals are said to have fallen prey to Chimombe who was using his accomplices to link up with many unsuspecting job seekers in Buhera.

By the time of going to print, four (4) victims had come forward to register their complaints against Chimombe.

Chimombe was arrested after a tip-off from Ncube and Hanembuya who became suspicious as he was being evasive on the promises he had made to them.

The ZNA would like to commend and applaud Ncube and Hanembuya for reporting the bogus recruiting agent.

As mentioned in previous publications, the ZNA is concerned that members of the public continue to fall prey to bogus recruitment agents despite making it clear that the ZNA does not engage third parties as recruitment agents nor does it charge a fee for anyone to join the force.

All suspicious characters must be reported to the Zimbabwe Military Police on the following hotline numbers: 0712842318, 0772258410 or the nearest ZRP station and nearest military camp.

The ZNA requests members of the public to report before they become victims.