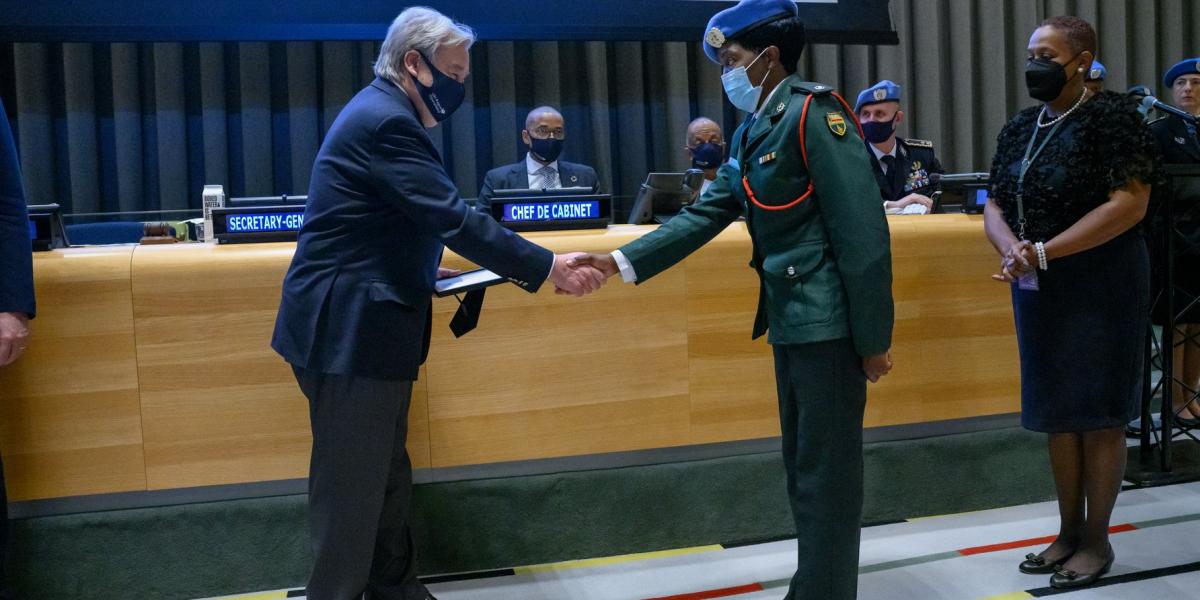 Major Zharare received the award from UN Secretary-General António Guterres during a ceremony marking the International Day of United Nations Peacekeepers on Thursday, 26 May. Guterres said in a tweet:

Congratulations to Major Winnet Zharare of Zimbabwe, our @UN Military Gender Advocate of the Year!

Through her work in South Sudan, Major Zharare has demonstrated the invaluable role of women in building trust, advocating for change & forging peace.

Major Zharare (39), recently completed her assignment as a peacekeeper with the United Nations Mission in South Sudan (UNMISS). 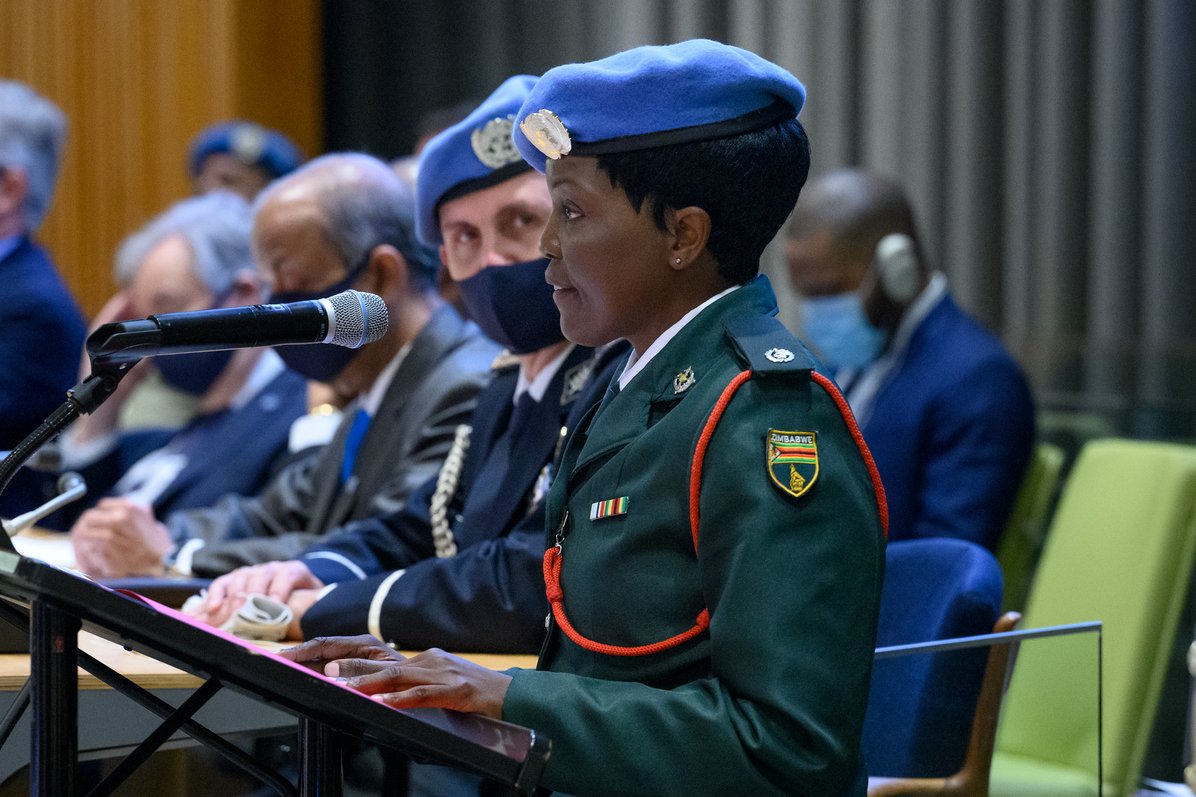 Throughout her 17-month-long service, she advocated for gender parity and women’s participation, within her own ranks, among local military counterparts, and in host communities.

The United Nations “Military Gender Advocate of the Year Award” was created in 2016. 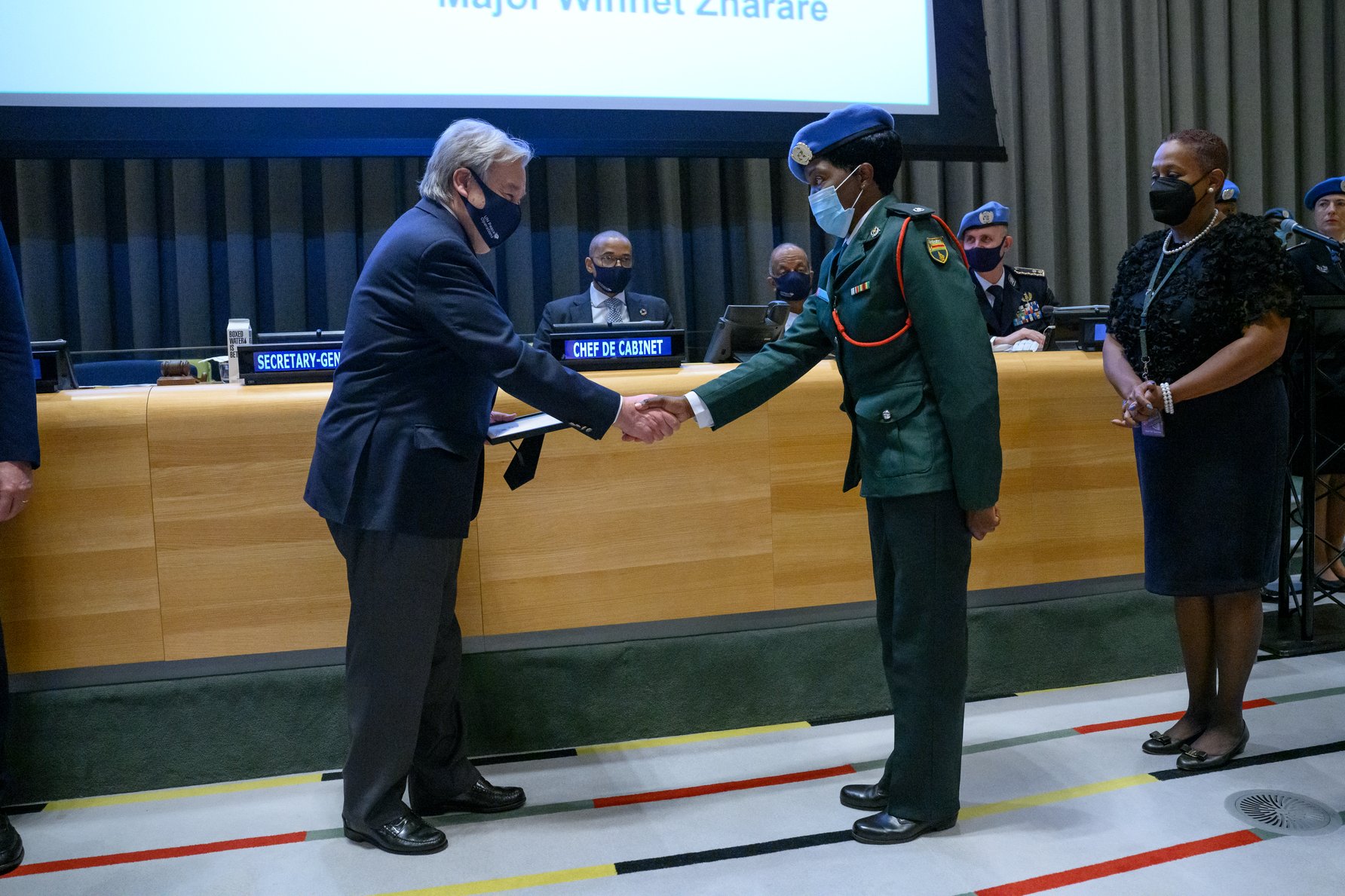 It recognizes the dedication and efforts of an individual military peacekeeper in promoting the principles of United Nations Security resolution 1325 (2000) on women, peace and security, as nominated by Heads and Force Commanders of United Nations peace operations.