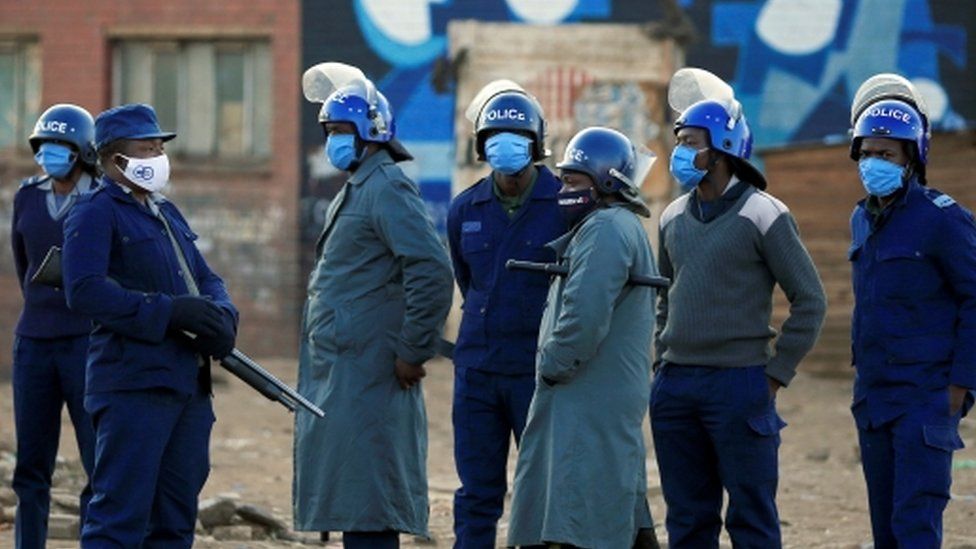 A user of Tik Tok, a popular short video sharing platform, has been ordered to pay ZW$3 000 after posting a clip in which a uniformed Chinhoyi police officer on duty, is jeered while hoisted in the air.

David Kanduna (23), who starred in the ZBC TV drama series Kuchina The Genesis and other local productions, was fined following his conviction on cyberbullying charges.

He becomes the first to be convicted under the newly-promulgated Data Protection Act.

NewZimbabwe.com reports that the actor will serve 20 days in prison if he fails to deposit the fine with the clerk of court.

The complainant was the state, represented by Constable Taimu of the Zimbabwe Republic Police (ZRP) Chemagamba, Chinhoyi.

The court heard that on May 14, 2022, at Chinhoyi University of Technology (CUT) grounds, the complainant, who is a police officer, was deployed at the university grounds to provide security during a soccer match.

There were quarrels on the pitchside, which led to Taimu being mocked and jeered before one of the marauders lifted him and ran while hoisting him in the air.

Kanduna recorded a video and posted it onto a local WhatsApp group, without the complainant’s consent.

The video was further posted on Tik Tok and went viral, prompting Taimu to report the matter to the police.

Kaduna was subsequently arrested and charged with cyberbullying “with intent to coerce, intimidate, harass, threaten, bully or cause substantial emotional distress, degrade or demean a person.”