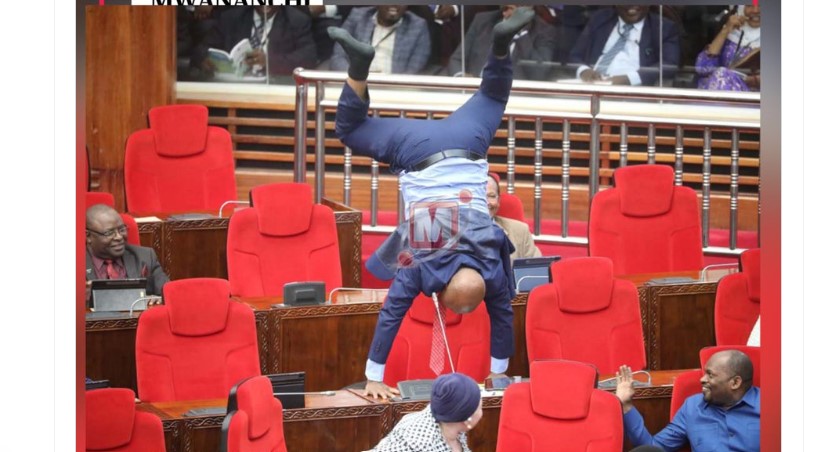 A Tanzanian MP angered by the poor conditions of roads in his constituency has done a handstand in parliament to draw attention to his complaint.

Flatei Massay, the MP for the northern constituency of Mbulu, was commenting on budget estimates on Monday when he called on the government to fulfil its pledge to construct a 100km (62-mile) tarmac road in his constituency.

He said the promise had been ignored in the last three budgets and he hoped his handstand would make it take notice. He told the BBC:

I am doing all this to express how my people are disappointed by the government. We need all promises implemented. Why are other constituents getting what they were promised and we people of Mbulu don’t get anything?

The local Mwananchi newspaper tweeted a photo of the lawmaker in action: 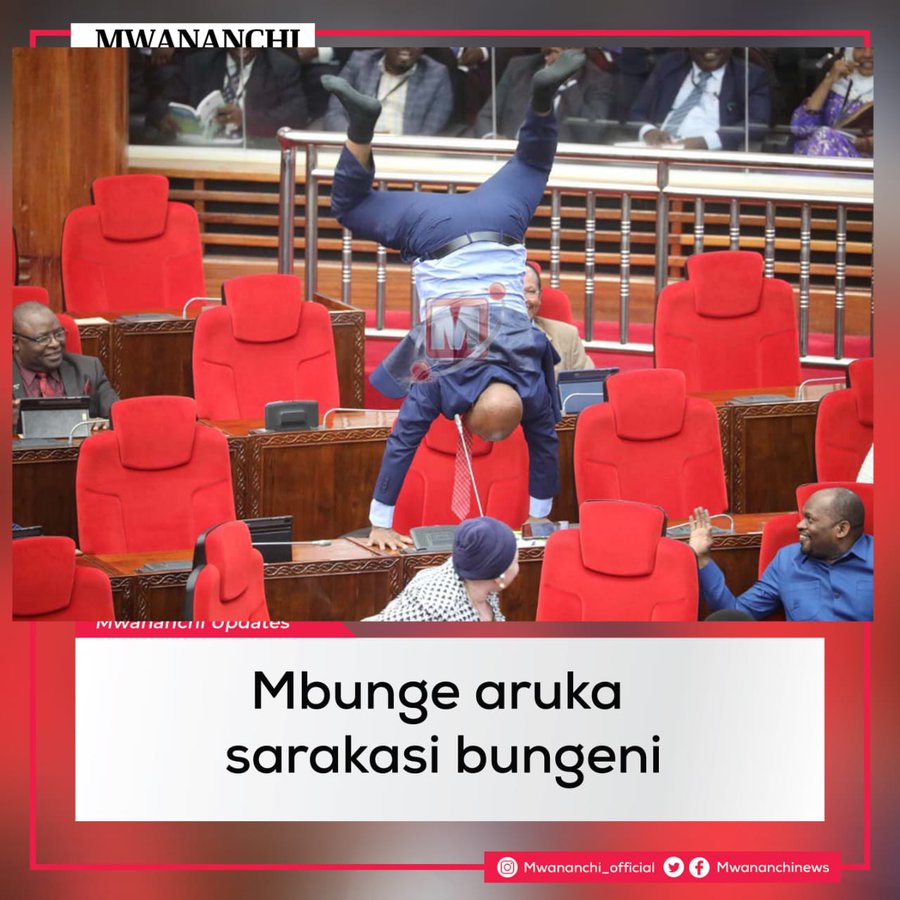 Mr Massay is a member of the ruling CCM party and has used his acrobatic skills before.

In September 2018, he somersaulted in front of vehicles handed over by the Ministry of Tourism for the protection of wild animals against poaching.