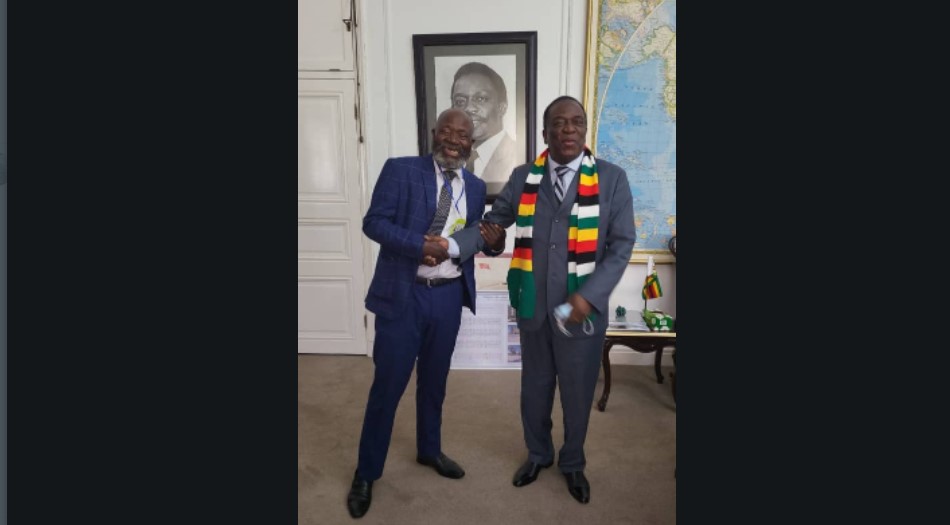 There were reports that the two are not in good books following Chinotimba’s recent remarks that Mnangagwa intended to impose Ngonidzashe Mudekunye as the party’s contestant in Parliamentary elections.

In a letter dated May 16, addressed to the newly-appointed deputy secretary for youth affairs John Paradza, a ZANU PF youth-affiliated group Zimbabwe Revolutionary and Patriotic Youth Network said Chinotimba should be summoned and clarify his remarks.

NewsDay Zimbabwe reports that Mutsvangwa yesterday rubbished claims of factionalism while defending Chinotimba saying he was a hard worker. He is cited as saying:

Comrade Chinotimba is a hard worker and has a sound or solid relationship with the President. We are not worried about people who are against him.

Chinotimba is said to have met with President Mnangagwa at State House where he allegedly apologised over his recent remarks.

NewsDay Zimbabwe further reports that Buhera has seen the emergence of a young crop of politicians across all the three constituencies targeting parliamentary seats held by the party’s old guard.

The development has reportedly unnerved the old guard ahead of the ZANU PF 2023 primary elections.