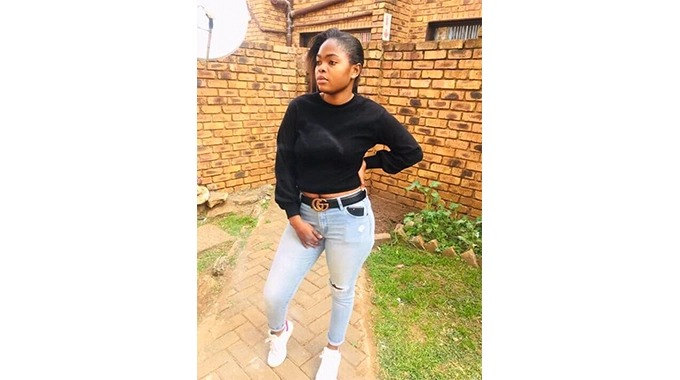 Kudakwashe Mahachi faces a possible criminal investigation for gender-based violence (GBV) after he allegedly assaulted his ex-wife Marita Ndlovu and broke her hand.

The footballer, who plays for SuperSport United in South Africa, is also accused of scalding their four-year-old son, Diego Mahachi, with hot water.

Marita has opened a case of assault with intent to do grievous bodily harm at Norkem Park police station in Kempton Park.

In her statement to the police, Marita alleged that Mahachi assaulted her and locked her up in the house after accusing her of cheating and lying. She said:

I, Marita Ndlovu hereby submit and supplement my statement regarding the assault case against Kudakwashe Mahachi.

I submit that after the assault, which occurred in Terenure, Kempton Park, where I stayed with Mahachi, I was locked in the house and could not go out or access my cellphone, which he had taken away from me.

Assault happened because I was accused of lying and cheating on Mahachi who was my husband at the time.

Marita alleged that four days after the assault, Mahachi organised a plane ticket for her and forced her to leave South Africa. She said:

He took me from the home straight to the airport and sent me to Zimbabwe.

Out of desperation, I reported him to the police in Zimbabwe because I intended on taking action against him for assaulting me in the manner that he did.

She said she later withdrew the case after realising the Zimbabwe Republic Police (ZRP) did not have jurisdiction to investigate the case because the assault happened in another country.

Speaking to the South African publication, Sunday World, from Zimbabwe, Marita confirmed she opened a case against her ex-husband.

She said the police contacted her to sign the statement but told them she would return to South Africa to sign it after her son’s recovery.

Kuda and Marita’s son is receiving hospital treatment in Zimbabwe for the injuries he sustained when he was scalded.