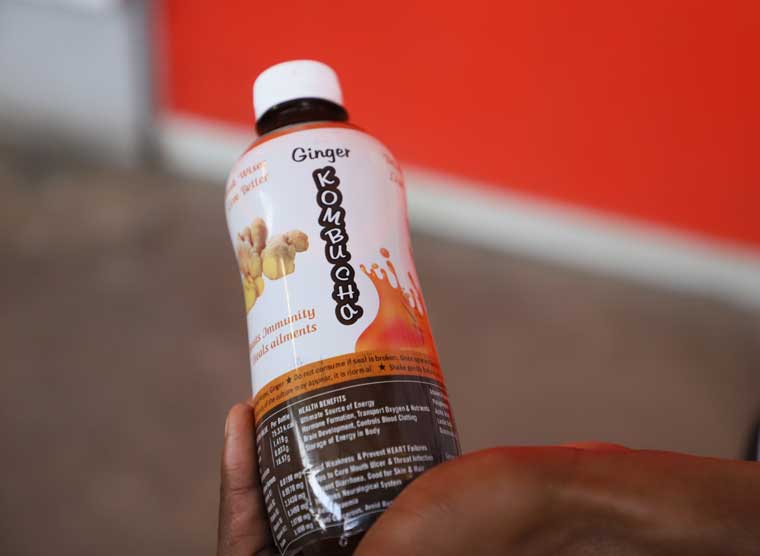 Some men in Harare battling erectile dysfunction have resorted to the use of a supposedly sex-enhancing drug called “Kombucha”.

Kombucha is a fermented drink made with tea, sugar, bacteria and yeast.

The drink is smuggled from Zambia and the 330ml bottle of the substance retails for US$1.

A Kombucha consumer who spoke to The Standard on condition of anonymity said peer pressure pushed him to buy the sex-enhancing drink. He said:

I used it once and my wife questioned me why I had so much energy.

I think the Kombucha drink was specifically made to boost male sexual libido.

I usually buy Tadalafil from the pharmacy to treat erectile dysfunction but I cannot afford to buy them every time, so I only have sex when I have money to buy the medication.

The issue of affordability of western drugs that are used to treat erectile dysfunction is a cause of concern.

Drugs like Tadalafil, and Sildenafil are not affordable to everyone, which makes people resort to street drugs or drinks like Kombucha.

Zimbabwe Revenue Authority (ZIMRA) head of communications Francis Chimanda said Kombucha drinks are being smuggled into the country. He said:

There is no record of its importation or any encounters with the product during our various enforcement activities at points of entry or any other areas under ZIMRA’s jurisdiction.

Usually, we open our shop around eight in the morning and our first customers are males who buy Kombucha drinks every day.

My male friends who use it say the drink is very effective for erectile dysfunction treatment.

We sell more than 60 bottles per day and we have made sure that we always have it in stock because it’s on demand since February this year.

We only display one bottle and we sell it from the storeroom since we heard some people saying it’s illegal.

Some say it is a traditional herb to clean the male system and some say it is a concoction to boost male sexual potency so there is no one position… we are still engaging the MCAZ so that we analyse it and come up with one position.

However, as it may, smuggling is a criminal offence.

MCAZ acting director-general Richard Rukwata said that there is nothing wrong with the Kombucha drink. Said Rukwata:

Kombucha is very popular in some Asian countries and it’s sold as a soft beverage in Asian states and in many other places in the world.

If people are buying it and it’s very popular we do not believe there is anything nefarious about that.