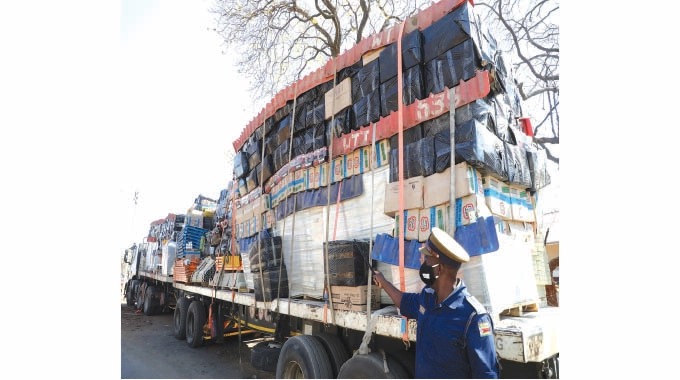 Police in South Africa have raised concerns over an increase in the smuggling of stolen goods from South Africa to Zimbabwe and or vice versa through the Beitbridge border.

There has been an increase in the smuggling of vehicles and illegal cigarettes either from South Africa or Zimbabwe.

Limpopo Police Commissioner-General Thembi Hadebe who was part of a crime prevention operation on the N1 road between Musina and the Beitbridge border post explained that the operation is aimed at reducing the smuggling of goods.

The police and other law enforcement agencies carried out a crime prevention campaign in Musina and surrounding areas of the Beitbridge border post.

Hadebe also said there were roadblocks at the border post to curb the smuggling. The South African quotes Hadebe as saying:

These roadblocks are aimed at curbing the illegal crossing that is happening from us to Zim and from Zim to us.  There is an illegal crossing of all stolen vehicles that cross the river, and there is a lot of illegal cigarette traffic on this particular road.  There was a 3-million Mercedes Benz that was impounded trying to cross the border.

Meanwhile, taxi drivers have expressed concerns over stop and search operations. They believe that this project is negatively impacting their businesses.

Over 100 people have been arrested through the stop and search operations for numerous reasons.