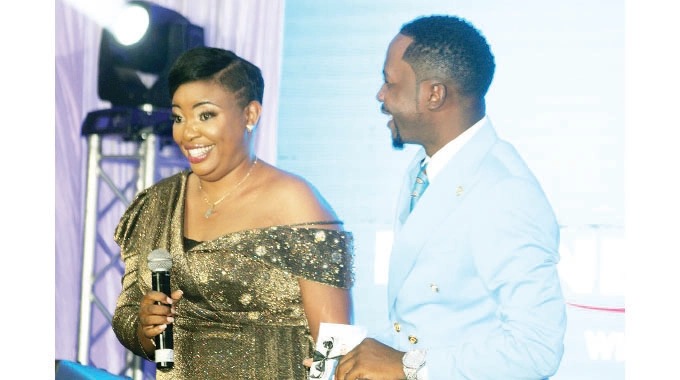 Mhere launched his 10th album at a sold-out event at the Rainbow Towers in Harare on Wednesday night. The album, titled “Thanksgiving”, has 13-tracks.

Gogo Chihoro, real name Memory Madamburi, paid US$1 000 cash for the CD and asked Mhere’s camp to collect the balance before the weekend. She said:

I have known Mhere for the past three-or-so years since he is the one mentoring my son called Gidza Boy, who is doing Zim dancehall.

My son is still in primary school but, for him to pursue music, it was Mhere, who has been teaching him the ropes and how it is done.

When he invited me to come here, it was an honour for me because he showed me true love.

Gogo Chihoro, a firm believer in African Traditional Religion (ATR), said there was nothing for her to befriend Christians. She said:

I have realised God is only one, even though our religions might not be the same.

Like I said earlier on, I met Mhere through music, I now take him as part of our family.

He has done something huge for my son and you never know how it will end.

Maybe, it was Mhere who was sent by God, or his ancestors, to come and mentor my son and I am just grateful, like any other mother.

Gogo Chihoro said besides her philanthropic work, where she feeds the less-privileged kids, she also helps people the traditional way. She said:

I can attend to people with different ailments which have been troubling them for years like mental problems, evil spirits, and bad luck among other problems.

This is my calling and I am not ashamed of that because that’s the calling I got from my ancestors.

I don’t discriminate against people since my calling requires me to assist people who need healing.

Mhere’s longtime benefactors, known as the Mudiwas, forked out US$3 000, which came as a pledge.

4May, known for dressing celebrities, gave Mhere three suits plus US$2 000.

Other people who bought copies of Mhere’s album include fashionista Mimmie Mbinga who got a copy for US$500 and an unnamed prominent self-styled prophet who paid US$500 for the same copy.