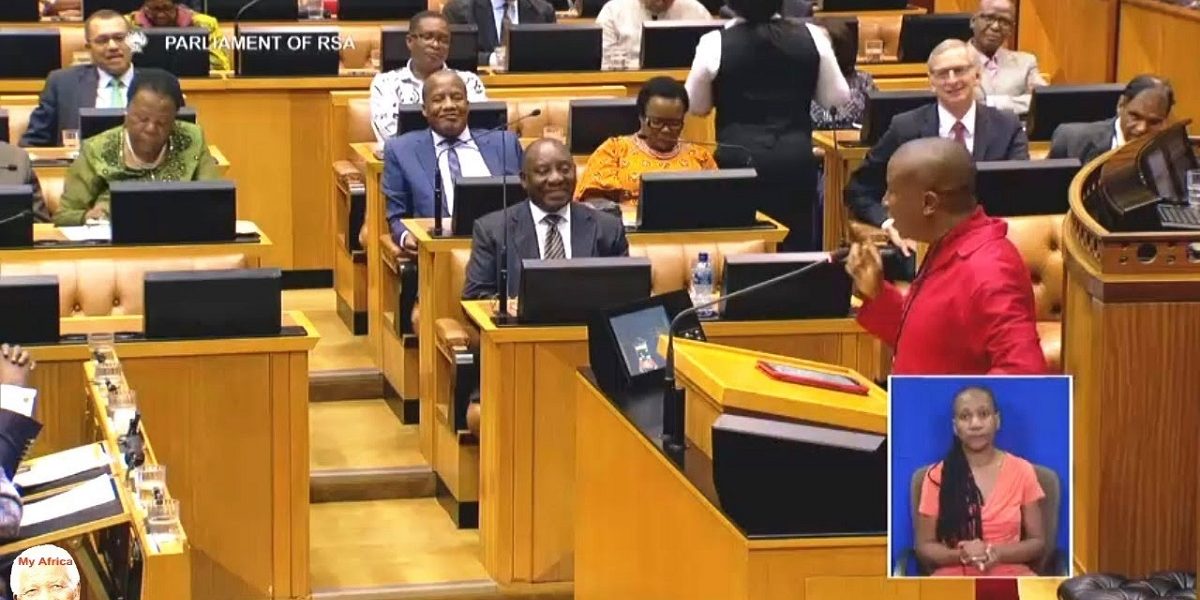 The Economic Freedom Fighters (EFF) party led by Julius Malema has called upon president Cyril Ramaphosa to dismiss ministers who are allegedly abusing the taxpayers’ money. The EFF says about R15 million was used by the Communications and Digital Technologies department on accommodation for Ministers, Deputy Ministers and Officials. We present the EFF’s statement:

The Economic Freedom Fighters (EFF) is appalled and disgusted by the Parliamentary response from the Acting Director-General of Communications and Digital Technologies, which reveals that since May 2019 to date, the Department has spent a staggering R15 million on accommodation for Ministers, Deputy Ministers and Officials.

While the rest of the country and the world was suffering from travel-related restrictions as a result of COVID-19 over the past three years, Ministers Stella Ndabeni-Abrahams, and her successors, namely Khumbudzo Ntshaveni, have been living a lavish lifestyle at the expense of taxpayers.

Ntshaveni, Abrahams, and their deputies spent R5 million combined on accommodation, while the globe was battling a deadly and restrictive pandemic.

This accommodation was inclusive of hundreds of thousands of Rands spent on food, including an outrageous amount of R739 000 on catering since 2019.

These revelations come as no surprise as both of these Ministers have been implicated in corruption scandals and misuse state resources in the past, while there have been no consequences for them because they belong to the faction of Cyril Ramaphosa.

The inhumanity of spending such exorbitant amounts of money on accommodation while government meetings and interactions have been held virtually for the past three years, is indicative of parasites who have no regard for the massive poverty of ordinary people.

Stella Ndabeni-Abrahams and Khumbudzo Ntshaveni are parasites, who use the state as a means of personal enrichment.

If Ramaphosa has any semblance of decency and commitment to rooting out corruption, he will remove these self-obsessed and good for nothing individuals, who misused state money in the face of retrenchments, closure of businesses, and death.