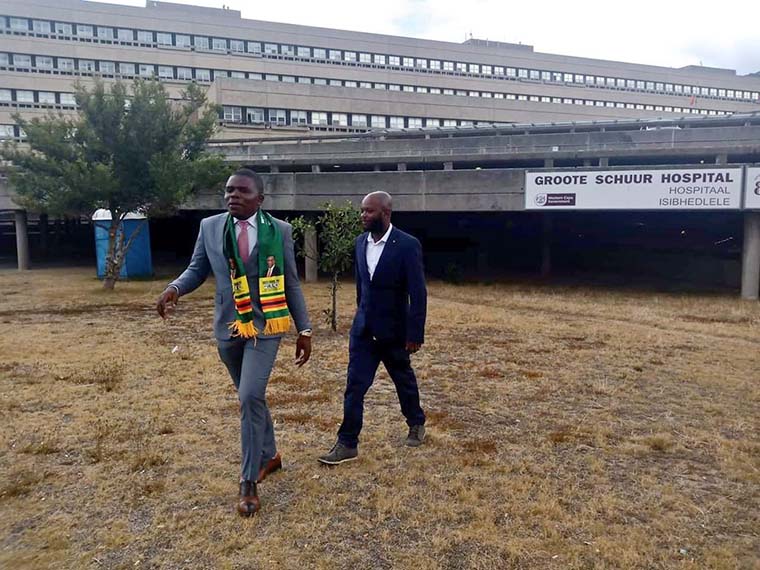 Zimbabwean comedian, Prosper Ngomashi is better known as The Comic Pastor has denied allegations that he joined the ruling ZANU PF.

He said some individuals were now targeting his workmates including Nijel Maritinyu better known as The Slick Pastor or Bamunini Nijo because of the allegations.

The Comic Pastor, in a Facebook live said Collins was his fan and he sees nothing in taking photos with his fans. He said the picture in which he was wearing a ZANU PF scuff was taken in 2018 for a skit. Watch the video here.

He said he had visited Vice President Constantino Chiwenga who had been flown to South Africa for medication. The pictures had resulted in some accusing him of joining the ruling party.

A few, including exiled Thomas Mapfumo, and Sani Makhalima have openly criticised the ruling party.