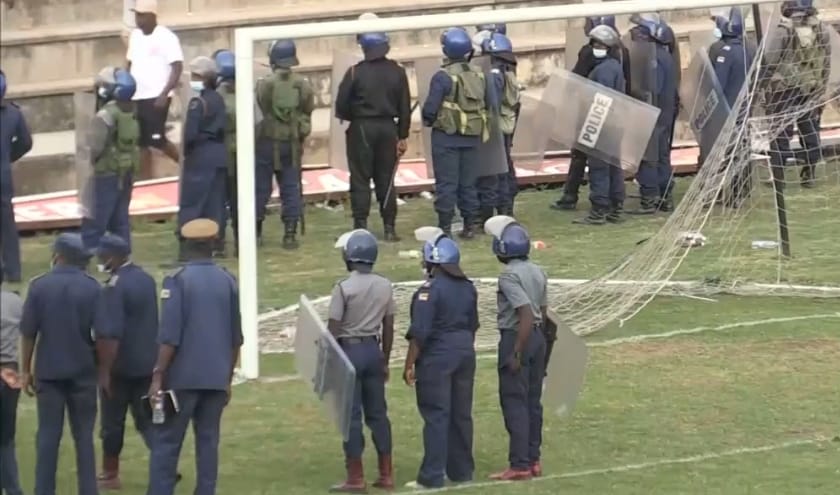 Dynamos has apologised for the violence that forced the abandonment of the club’s Premier Soccer League match against Highlanders at Barbourfields on Sunday.

Dynamos spokesperson Tinashe Farawo apologised for the hooliganism exhibited by some fans and also wished Highlanders defender, Andrew Tandi, a speedy recovery from a fractured fibula he sustained during the match. A statement issued by Farawo on behalf of DeMbare read:

Dynamos Football Club is saddened by the violent scenes and hooliganism that forced the match against Highlanders FC to be abandoned at Barbourfields on Sunday 15 May 2022.

The Club condemns in strongest terms any form of violence at our football stadia.

We apologize to all football stakeholders for the unruly behaviour demonstrated by a section of soccer fans that attended the match.

Football is just a game, not war. After all, we are all Zimbabweans at the end of the day.

As Dynamos we commit to leading the way in promoting peaceful environments at football matches.

After all, football is a family game, which should be enjoyed in a peaceful environment.

Dynamos would also like to wish Highlanders FC player, Andrew Tandi, a speedy recovery after the defender sustained an injury during the course of the game.