ZANU PF’s Gokwe-Nembudziya legislator, Justice Mayor Wadyajena, has denied allegations that he has been making noise and disturbing his neighbours in Borrowdale suggesting they would have reported him to the Zimbabwe Republic Police(ZRP).

I have received 13 calls from residents in Borrowdale Brooke complaining about ZANUPF Gokwe MP @JusticeMayorW He spent more than 3 hours making noise with his sports car going beyond midnight! How can a parliamentarian behave like a lout? Citizens should respect community rules! 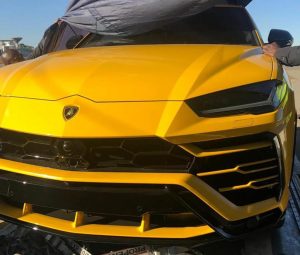 In response, Wadyajena described the anonymous complainants as racists. He said:

Cde Hopewell, I moved to The Brooke in my 20s a decade ago, so I know the regulations just as you know the road to the American Embassy. Tell the 2 racists & 11 lowlives who called to name their price so I buy their homes. Besides, they need not run to you, ZRP B’dale is closer!

He claimed that the car cost twice more than the US$210k that was being reported in the media.